At Fox News: “Concussions occur in soccer and other sports, too — but yeah, let’s go after all-American football”

With all the commotion over Ed Cunningham’s resignation from ESPN, the media is solely focused on concussions in football.  While this involves legal violence, not crime, the piece still illustrates how media does a very poor job of informing people about what is happening.  The piece starts this way:

Did you know who Ed Cunningham is? Probably not. Cunningham, a college football analyst for ESPN, was unknown to all but hardcore football fans. But by tying himself closely to a politically correct cause – in this case, resigning his position Wednesday, in a protest over concussions in football – he is guaranteed fawning media coverage.  The New York Times is leading the Cunningham canonization.

With the new college football season for most teams starting this weekend, the resignation seems timed for maximum attention.  But the politically correct movement seems much more focused on opposing what is uniquely American than where players actually face the greatest risks of concussion.

College sports are about twice as likely as high school sports to result in concussions. At the high school level, the numbers for soccer aren’t quite as bad as for football. High school football is the riskiest. But girls’ and boys’ soccer are still the second and third most dangerous sports for concussions, followed closely by girls’ basketball.

There is also data showing that, while football causes a higher number of concussions, girls and boys’ high school soccer is responsible for more of the serious concussions. We can tell that from the recovery time. Concussions from soccer are about twice as likely as football to require 22 or more days of recovery. . . . 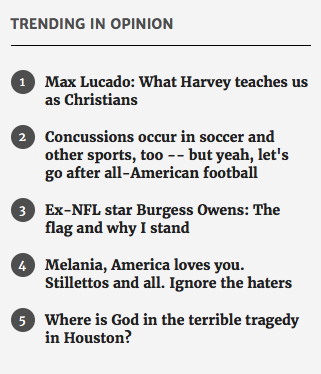