At The Hill: Media shows its true colors on guns at women’s march 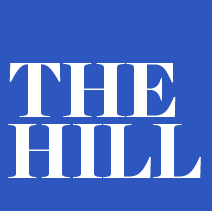 Dr. John Lott has a new piece at The Hill newspaper on how the media covered this past weekend’s Women’s March.  Here is the beginning of the piece:

Gun control advocates keep claiming that guns are only used to kill people and that people should just rely on the police to protect them.

But gun controllers’ actions keep showing that they don’t believe that. When it comes to their safety, they understand that guns save lives. Guns are for them, not the untrusted, unwashed masses.

Over the weekend, Women’s March leaders, such as co-president Linda Sarsour, were walking around with private armed security.

Given that local police were already present at the demonstration, one wonders why couldn’t police provide sufficient protection?

After all, the police were just yards away, not a phone call and an eight to 10 minutes’ wait for officers to arrive.

Of course, Michael Bloomberg and the executives at his Everytown for Gun Safety don’t go anywhere without their security details.

The Women’s March participants carried signs such as “Real men don’t need guns” or “Loaded guns under beds are bad,” but their actions presumably imply that at least women need guns for protection when they are out in public.

The media gives extensive negative news coverage to conservatives who are caught engaging in extramarital affairs because of the family values hypocrisy angle. The hypocrisy is said to be what makes the story newsworthy, but one will search in vain to see any of the mainstream media pointing to this hypocrisy by gun control advocates.

This hypocrisy is nothing new.

Gun control advocates from politicians such as former Chicago Mayor Richard Daley to Media Matters’s David Brock to celebrities such as Rosie O’Donnell have all criticized gun ownership for others while they have guns being used to protect themselves.

It is understandable that gun control advocates want to protect themselves, but they aren’t the people really at risk.

And, thankfully, being a gun control advocate isn’t a particularly risky occupation. After all, it isn’t like being a poor black living in cities like Chicago or Washington, D.C.

Even after his retirement, Chicago Mayor Richard Daley surrounded himself with round-the-clock armed police officers for protection, at the cost of $40,000 per month.

Yet, he supported banning handgun licenses for people to keep a gun in their home, even in the most dangerous parts of the city.

At the time, Chicago had the highest murder rate of any large city in the United States, but Daley had no problem imposing large penalties on Chicago taxi drivers who refused certain fares over fears of crime.

David Brock, the founder of Media Matters, had a personal assistant illegally publicly carry a concealed handgun in the District of Columbia in order “to protect Brock from threats.” . . .

← So how many people were at the Women's March against the NRA? New Study: Over 16.3 million concealed handgun permits, last year saw the largest increase ever in number of permits →