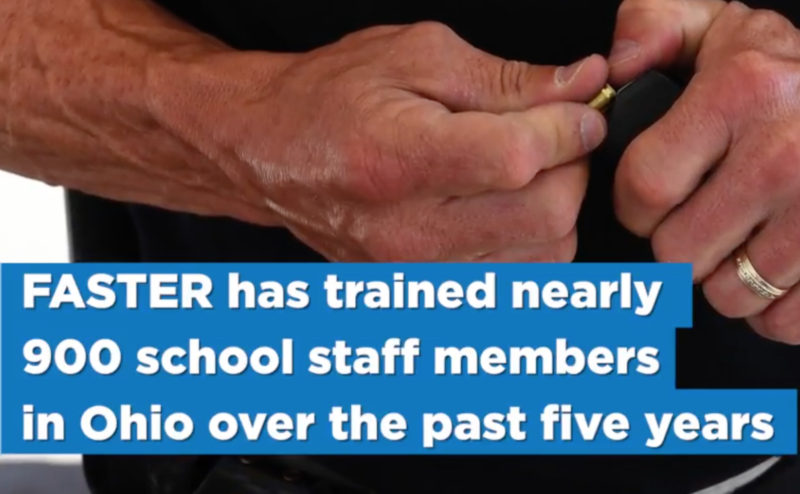 . . . 17 teachers and administrators from five mostly rural counties . . . received  intensive training this week on how to prevent — or at least minimize — a mass shooting at their schools, many of which are in far-flung areas where it would take law enforcement up to 30 minutes to respond.

Each participant already has a concealed handgun permit and is approved as a school security officer. As many as 20 Colorado school districts have designated teachers, administrators and other personnel as armed security.

But the course work laid out this week by Ohio-based FASTER — Faculty/Administrator Safety Training and Emergency Response — is much more intense than a typical concealed weapons class in Colorado, said participants. . . .

The discussion on Fox News understood the importance of keeping the identity of those with guns who will be carrying concealed.

. . . One of the teachers participating, Ronnie Wilson, says he hopes to open a K-12 charter school in Colorado Springs. He said he gets questions in equal numbers about school safety and academics from parents. “I’m looking for every possible venue and avenue to ensure the safety of students.”

“The kind of training that I have personally received is something beyond what I could have received through the sheriff’s office, just for my conceal-carry permit,” Wilson told Fox 31.

Wilson is the only one of the 17 teachers and staff who was willing to share his identity. Carno described the importance of hidden identities of armed teachers. “There’s a confidentiality aspect to all of this, as well. Each participating school district can decide how public — or private — it wants to be when it comes to having staff members at this training exercise, and who will be armed at school,” said Carno.

By protecting teacher’s schools and identities, the rest of the school is kept safer as well. Carno said, “it’s also for the staff members’ protection because no one wants a potential armed shooter to know in advance, which staff member will be armed at any given time.” . . .

UPDATE: Another article here at Fox News talks at teachers across the country getting training.

Teachers across the country are moving to the head of the class when it comes to learning how to use a gun.

With mass shootings seemingly becoming common place in classrooms across the country, teachers are learning how fire grade-A shots and starting to carry weapons in class. It’s an attempt to better protect their students and prevent the next Sandy Hook Elementary School or Columbine High School shooting.

Nearly a third of the country, a total of 18 states, allows adults to carry a loaded gun on school grounds, with certain permissions. But ever since the Sandy Hook shootings in 2012, in which 20 children and six adults were shot dead, some states have pushed for safety training initiatives for teachers to learn how to properly fire a weapon and prevent any threats to the classroom.

Hundreds of school teachers in Ohio, Colorado and elsewhere have been trained by an organization called Faculty/Administrator Safety Training and Emergency Response (FASTER). The group, operated by Ohio-based Buckeye Firearms Association, conducts a program that was created along with concerned parents, law officers and safety experts, according to a description of the group on its website. . . .