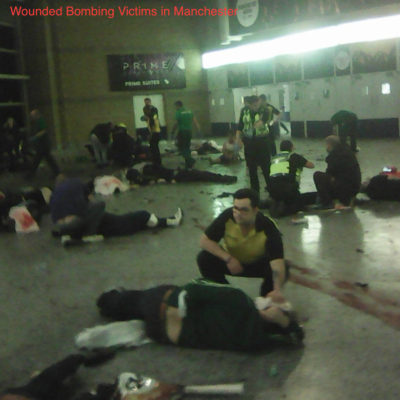 During 2014 and 2015 there were 1,761 bombings in the world that killed at least four people.  Of those, 1,401 were by radical Muslims, 58 were non-Muslims, and 302 were unknown.  It seems likely that most of those unknown attacks were also by radical Muslims, but even if that isn’t the case, at least 80% of these bombings were done by radical Muslims and possibly as few as 3.3% are done by non-Muslims.  Obviously, the vast majority of Muslims are peace-loving, but a small percentage of Muslims are responsible for a great deal of harm.  The US accounts for 0.07% of the total fatalities, and still just 0.22% of the total when Syria, Iraq, Libya, Afghanistan, Somalia, and Yemen are excluded.  Looking at just the US and total world casualties from bombing indicate a slightly lower share for the US (0.065%).

The Excel file is available here. 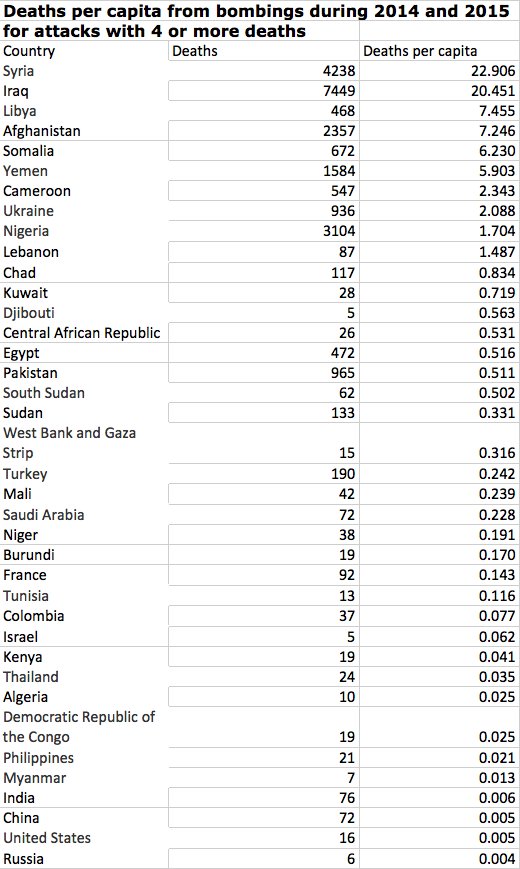