If Democrats who previously supported Concealed Carry Reciprocity vote for it again, it would be two votes short in the Senate 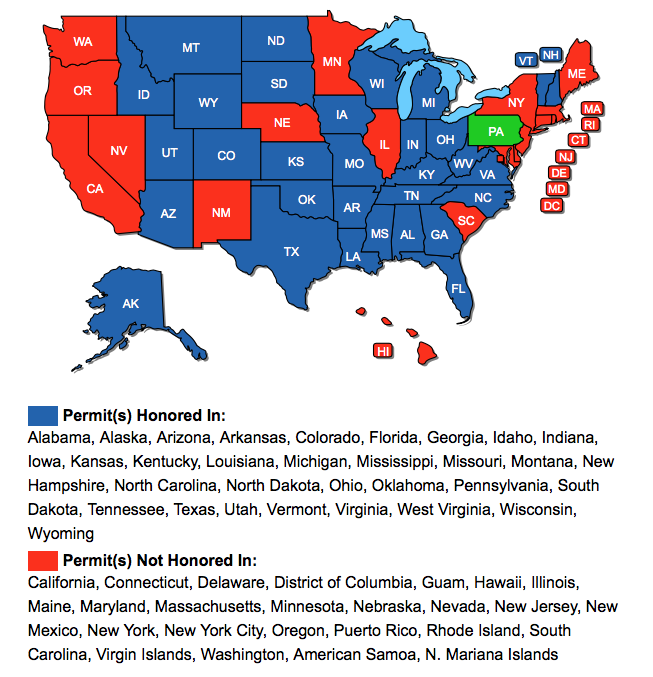 In 2013, Senator Cornyn’s Concealed Carry Reciprocity bill received 57 votes, three short of the 60 it needed for passage.  Thirteen Democrats voted for it, though seven of them have been defeated.  With 52 Republican votes (assuming that all the new Republicans vote “yes”), that would give 58 votes for the bill.  As we have previously noted, Democrats are promising to kill any reciprocity bill.  From the Wall Street Journal:

Peter Ambler, executive director of Americans for Responsible Solutions, a gun control super PAC, said his organization plans to fight national reciprocity “tooth and nail,” threatening a Democratic filibuster of the legislation in the Senate.

“It’s a race to the bottom,” he said. “It allows people that have permits from states with the weakest standards possible to carry [weapons] in the streets of any U.S. city.”

Connecticut Sen. Richard Blumenthal, a Democrat and ardent gun-control advocate, said he believes any version of a national reciprocity bill would be “dead on arrival” in the Senate, due to strong Democratic opposition. . . .

Democrats who previously voted for reciprocity who are still in the Senate:

Eight Democrats live in states that already recognize permits from at least 48 other states.

Even though Senator Mark Warner is on both lists, he has already come out and said that he will oppose the reciprocity bill.  The only Republican who previously voted against, Mark Kirk, is no longer in the Senate.
(Visited 33 times, 1 visits today)