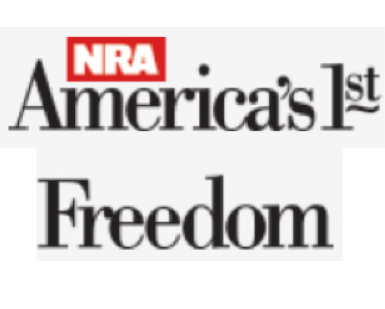 Dr. John Lott has an interview today with America’s 1st Freedom on the false claims offered once again in at Vox.

Since the idea that “more guns lead to more violence” is prevalent in the anti-gun community, we decided to ask author and criminologist John Lott, president of the Crime Prevention Research Center, about that headline and some other aspects of the story.

A1F Daily: A headline earlier this week at Vox.com read: “The Cincinnati nightclub shooting shows how more guns lead to more gun violence.” The story also stated: “Research reviews by the Harvard School of Public Health’s Injury Control Research Center have concluded that more gun ownership leads to more gun violence. Studies have found this to be true again and again—for homicides, suicides, domestic violence and violence against police.” What does your research show on that relationship?

John Lott: These are all points that I discuss in my new book, The War on Guns. There is a huge gulf between public health researchers and research done by economists and criminologists. Unfortunately, public health researchers use very primitive statistics or conduct their tests in ways that bias their results. They rely on purely cross-sectional comparisons, comparing crime rates in different places at only one point in time. But it’s not possible to accurately account for the differences between different states or countries. Comparisons are commonly made between the United States and the UK, often with the conclusion that the UK has lower homicide rates because of its stricter gun control laws. But it’s unreasonable to assume this causation. After all, the UK had even lower homicide rates before their gun control measures went into effect.

Other mistakes are also made. Often, the statistical tests are done incorrectly or the data have errors in them. Here are some problems with the public health discussions about three different areas of crime:

Homicides — Gun possession rates are measured in such a way that make the gun possession rate look much higher in the U.S. than in other countries such as Israel and Switzerland. There is also a failure to clearly distinguish between homicides and murders—a distinction that few in the public are aware of. The difference is that homicides include killings in self-defense. This, too, biases the discussion against the U.S., which has a relatively higher incidence of self-defense.

I have shown that, even looking only at cross-sectional data over a single year, one will find that the more guns that civilians have, the lower the homicide rate. But a much better approach is to look at what happens to crime before and after a change in gun control laws or ownership rates. We can then draw a comparison with places where the laws or gun ownership rates were unchanged. The results of this comparison are pretty clear—more guns mean less crime. The explanation for this relationship is also clear: Gun control laws primarily disarm law-abiding citizens, making it easier for criminals to commit crimes against defenseless people.

Suicides — There are lots of different ways for people to commit suicide, and studies have been unable to find evidence that gun control laws affect overall suicide rates.

Police Deaths — The claim is made that gun control causes a reduction in police deaths. But public health researchers make one crucial mistake in their analysis of the data. Fixing this one mistake reverses their result, and it is hard to believe that the researchers were not cognizant of it.

Suppose that a state’s gun ownership rate is rising at the same time that police deaths are rising nationally. It would be a mistake to attribute the overall rise in police deaths to the rise in gun ownership. To account for that concern, researchers would normally look at how a state’s police death rate changed in comparison to the nation as a whole.

But public health researchers don’t do this. If they had, they would have found that gun ownership reduces police deaths.

A1FD: One section of the story stated: “And, tragically, this is a uniquely American problem in the developed world.” It then further stated: “No other developed country in the world has anywhere near the rate of gun violence that America has.” Isn’t this the same lie former President Barack Obama liked to repeat?

The Organization for Economic Co-operation and Development (OECD) has the best-known list of “developed countries.” Thirty-five countries are listed. Among them are European countries Slovak Republic and Estonia, both of which have firearm homicide rates significantly higher than that of the U.S. The Slovak Republic’s is three-times higher. Mexico, another OECD member, has had a firearm homicide rate that is three-times higher than the U.S.

Brazil and Russia meet the OECD standards of economic development, but are not full members for various political reasons. Their firearm homicide rates are vastly higher than that of the U.S. Brazil’s rate is more than five-times higher. Russia doesn’t provide a breakdown of specifically firearm homicides, but its overall homicide rate is about 120 percent higher than ours. . . . .

← Zero tolerance craziness on guns: 5-Year-Old Girl Suspended From Kindergarten for Playing With 'Stick Gun' In the Wall Street Journal on how law-abiding concealed handgun permit holders are →