Even after being caught, CDC still hasn’t corrected accidental gun death data in database, causes errors by others

In January 2016, Dr. John Lott contacted the CDC to alert them to a mistake in their numbers for 2014 on accidental gun deaths.  The total was clearly a 100 larger than it actually was (the error arose because of mistakes in Tennessee’s data, and the mistake was so large it noticeably impacted the national number accidental deaths that year, raising the reported number from 486 to 586).  Finally, in October 2016, the CDC acknowledged their error, but they never corrected the data on the website.  This error is so large that it noticeably affects even five-year averages in accidental gun deaths.  Unfortunately, since they never made the corrections, others are making mistakes when they use the data.

Now even reputable organizations such as the National Safety Council are using the erroneous data and drawing incorrect conclusions.  Their new report “Injury Facts — 2017 Edition” shows that the number of fatal firearm accidents fell from 586 in 2014 to 489 in 2015 — a 17% drop.  In fact, there was a slight 0.6% increase from 486 to 489.    New headlines incorrectly claim that “Accidental shootings at all-time low of 489, gun sales highest ever,” when in fact 2014 was the lowest year on record and the numbers went up very slightly in 2015.

Others have also been taken in by these errors.  Last year it was gun control groups pointed to the high and increasing rate of accidental gun deaths in Tennessee, and they used it to call for more gun control.  USA Today and many other publications have used the incorrect number in discussing claims by the Brady Campaign.

While the 2014 data hasn’t been corrected, the error wasn’t repeated in 2015.  That means that the reported rate of accidental deaths plummeted in 2015.  So ironically organizations on the other side of the debate are now claiming responsibility for the perceived drop in accidental deaths.  The National Shooting Sports Foundation claims that 2015’s supposed drop in accidental gun deaths confirms that their safety efforts have paid off.  Even if a drop had occurred between 2014 and 2015 and it was due to actions by the National Shooting Sports Foundation, the drop would have had to be due to some new actions because the CDC data had shown a large increase between 2013 and 2014.

The NRA is also noting this supposed large drop.

The number of fatal firearms accidents dropped to the lowest point ever (since 1903, when the data was first tracked).  There were 489 total fatal firearm accidents nationwide – a 17% decrease from 2014. . . . .

As we know, there was no drop between 2014 and 2015 for anyone to claim credit.  2014 was the anomaly, and it resulted because of data errors by the CDC.  There was little change between 2013 and 2015 (going from 505 to 489 accidental gun deaths — a 3.2% drop).  In any case, some research raises questions about the National Shooting Sports Foundation approach and attributes the decline in accidental gun deaths during the decade before 2013 to other causes.

One of the emails that sent to the CDC in January 2016 is here (click picture to enlarge). 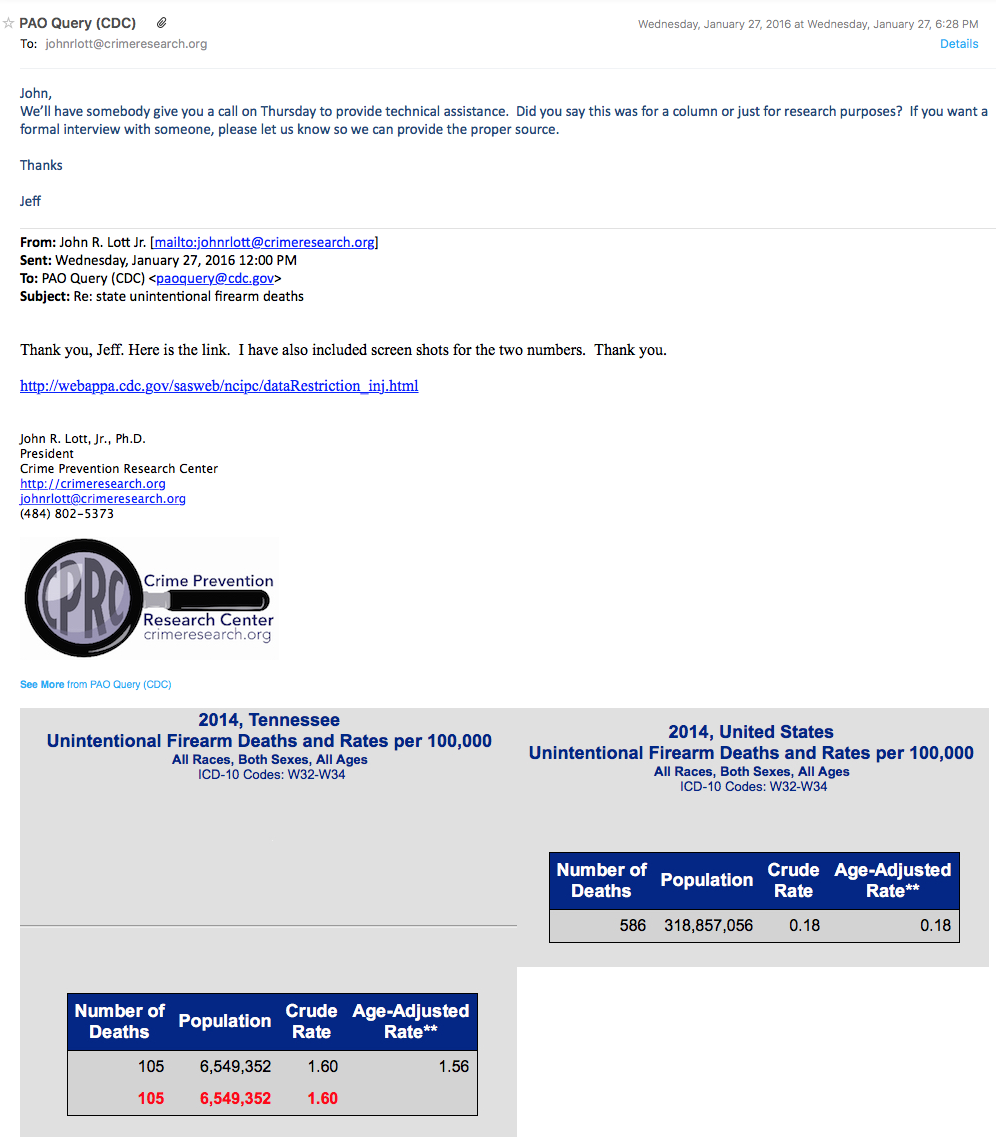 New FBI report claims that 8% of active shooter attacks during 2014-17 were stopped or mitigated by concealed handgun permit holders, but misses at least half the cases. 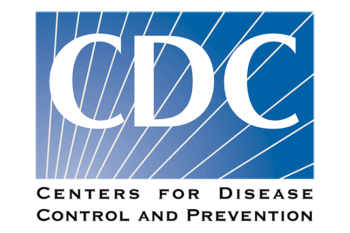