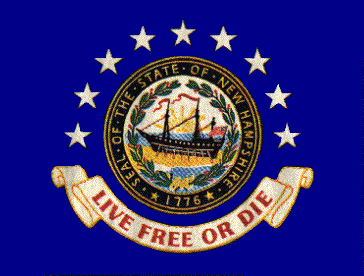 New Hampshire set to be the 13th state with Constitutional Carry, still on track to get 16 to 17 states by end of year

With New Hampshire’s state House overwhelmingly passing Constitutional Carry, the bill his headed to Gov. Chris Sununu’s desk for his signature. Sununu has already promised to sign the bill. The bill passed the state House by 200 to 97 after passing the state Senate on a party-line 13 to 10 vote. Rep. John Burt, R-Goffstown, said: “Constitutional carry is now a done deal.”

Michael Bloomberg’s Everytown for Gun Safety spent a remarkable $130,000 in a state Senate race last year against Sen. Kevin Avard, R-Nashua — hammering away on the Constitutional Carry issue.   The Democrat opponent still lost, receiving 15,120 votes, a slightly smaller percentage of the total than in 2014.

Meanwhile similar bills are making progress in other states such as Alabama, Indiana, Kentucky, South Dakota, and North Dakota.  Twelve states allow Constitutional Carry in all or virtually all their states.  As we have stated before, we still expect there to be about 16 to 17 Constitutional Carry states by the end of the year.