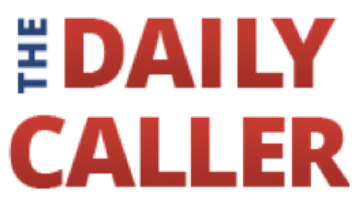 Dr. John Lott has a new op-ed at the Daily Caller on the new 4th Circuit Court opinion on Maryland’s assault weapon ban:

Should “military-style rifles” be banned?  On Tuesday, the federal Fourth Circuit Court of Appeals in Richmond, Virginia – in a virtual party line vote – upheld Maryland’s assault weapons ban.  In the 10 to 4 En Banc decision, Democrats supported the ban while Republicans opposed it.

Writing for the majority, Judge Robert King, a Clinton appointee, argued that the Second Amendment does not protect people owning “weapons of war.”  His opinion starts out by listing recent mass public shootings that have used AR-15-type rifles, guns that he also refers to as “military-style rifles,” in their attacks.

The opinion argues that attacks using large capacity magazines and those using assault weapons are the most deadly and that they are used most frequently used weapons.  Yet, none of these points are correct.  King’s decision shows are real lack of understanding about guns and crime.

Democrats have filled the courts with judges who will look for any reason to justify banning guns.  Decisions like this are being made across the country.  It also illustrates the possible impact of President Trump’s nomination of Judge Neil Gorsuch to the Supreme Court.

The AR-15 looks like the M-16, which has been in use by the U.S. military since the Vietnam War. While the M-16 is a machine gun, the AR-15 is semiautomatic, meaning that it fires only one bullet at a time. Yet the AR-15 was covered by the 1994 federal assault-weapons ban (which expired in 2004).

But people continue to ask: Why do people need a semiautomatic AR-15 to go out and kill deer? The answer is simple: Because it is a hunting rifle. It has just been made to look like a military weapon.

The AR-15 uses essentially the same bullets as small-game hunting rifles, fires at the same rapidity, and does the same damage.

The .223-inch rounds used by the AR-15 are actually small compared with what is usually used to hunt deer. Indeed, many states prohibit using bullets of that size for deer hunting. The concern is that the animal will suffer from its wounds rather than experiencing a quick death.

But hunting isn’t the issue here. Semiautomatic weapons also protect people and save lives. Single-shot rifles that require manual reloading after every round may not do people a lot of good when their first shot misses or when they are faced by multiple attackers.

The Circuit court decision gives the false impression that the “assault weapons” used in Orlando and San Bernardino, Calif., are commonly used in mass public shootings. My book, The War on Guns, shows such weapons were used exclusively in only 12 percent of the mass public shootings from President Barack Obama’s 2009 inauguration through the end of 2015. In another 12 percent of shootings, a rifle was used in conjunction with a handgun or a shotgun.  Sixty-eight percent of the attacks just used handguns.