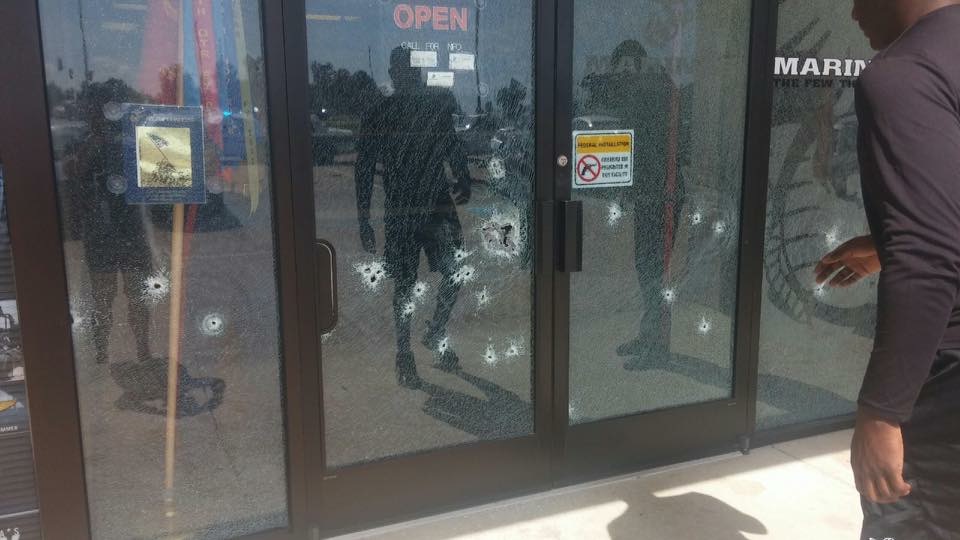 The picture above is from the 2015 shooting at the Chattanooga military recruiting office.  The gun-free zone sign is clearly visible on the front door.  In a series of articles, Dr. John Lott has repeatedly raised the concern that while military personnel were mandated to keep their weapons with them at all times when stationed in Iraq or Afghanistan, the were forbidden to keep their guns with them on US military bases (e.g., 2009, 2014a, 2014b, 2015a, 2015b).

Finally, the Department of Defense is changing the rules.  From Military.com:

The Pentagon recently released detailed guidance that allows U.S. military personnel to carry privately owned, concealed firearms on base, a move that the Army‘s service chief argued against publicly.

“Arming and the Use of Force,” a Nov. 18 Defense Department directive approved by Deputy Secretary of Defense Robert Work, lays out the policy and standards that allow DoD personnel to carry firearms and employ deadly force while performing official duties.

But the lengthy document also provides detailed guidance to the services for permitting soldiers, sailors, airmen, Marines and Coast Guard personnel to carry privately owned firearms on DoD property, according to the document.

Commanders, O-5 and above, “may grant permission to DoD personnel requesting to carry a privately owned firearm (concealed or open carry) on DoD property for a personal protection purpose not related to performance of an official duty or status,” the document states.

Applicants must be 21 years of age or older, the age many states require an individual to be to own a firearm, according to the document. Proof of compliance may include a concealed handgun license that is valid under federal, state, local or host-nation law where the DoD property is located.

“Written permission will be valid for 90 days or as long as the DoD Component deems appropriate”  . . .

The relevant regulations are available here: 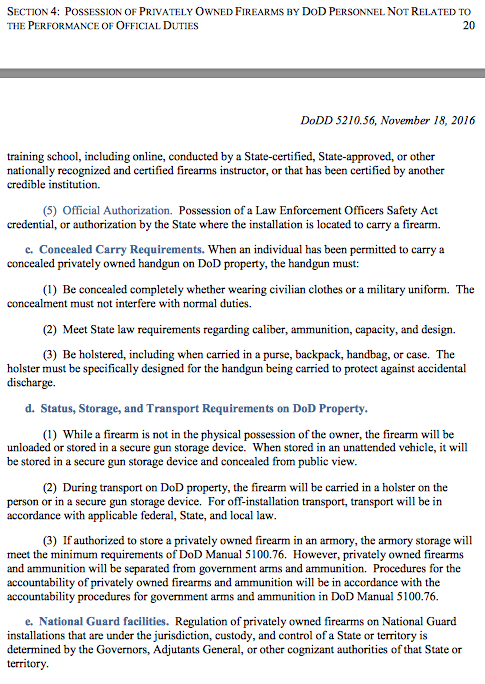 New Concealed Carry Report For 2020: 19.48 Million Permit Holders, 820,000 More Than Last Year despite many states shutting down issuing permits because of the Coronavirus