Just in time for the election, the New York attorney general has released a new statewide study showing that many crime guns originated from other states. Attorney General Eric Schneiderman’s office describes the report as containing “an unprecedented amount of information about traced guns.” He is using it to push for stronger federal gun control laws, in particular background checks on private gun transfers also known as “universal” background checks.

But the laws being pushed will not stop gun crimes in New York or elsewhere. They will just make guns more expensive.

It is not easy to stop criminals from getting guns. Indeed, just look at how difficult it has been to stop people from getting illegal drugs. Guns are just as easy to smuggle as drugs are.

The issues of drugs and guns are intertwined, since gangs arm themselves in order to protect turf and valuable merchandise. Obviously, gangs can’t go to the police to settle disputes with rival gangs. Even if we could magically make all guns and illegal drugs in this country disappear, they would immediately come flowing back into the country.

Gang violence is an incredibly serious problem. The Obama administration estimates that gangs are responsible for as much as 80% of crime in the U.S. But banning guns or just handguns doesn’t work. Every country in the world for which we have crime data has seen an increase in murder rates following the passage of gun bans. . . .

At Townhall.com: Gun Control Advocates Ignore the Data On Reciprocity

At Townhall.com: Virginia Lawmakers Have Voted to Ban Guns from the State Capitol Building

At the Daily Caller: Goeser: Gun Control Hurts People Like Me 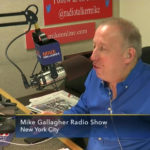