How the media misrepresents how much money the NRA gives to candidates, Comparing NRA contributions to those of Michael Bloomberg 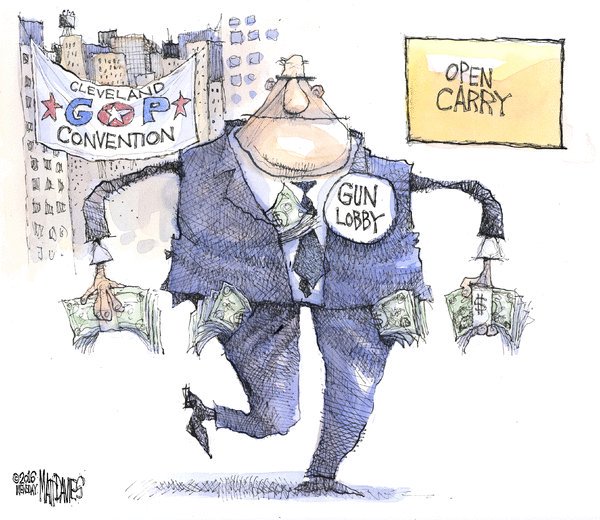 The power of the NRA because of their campaign donations and advertising expenditures is a common theme by Hillary Clinton and other Democrats.  Here are a few of the very frequent quotes.

“You can talk about Wall Street, drug companies, insurance companies, big oil. They’re all powerful, don’t get me wrong.  Nobody is more powerful than the gun lobby, because they have figured out how to intimidate elected officials at all levels, who basically just stopped thinking about this problem, because they’re too scared to stand up to the NRA. That’s why what happened here in Connecticut really needs to be a model.” — Hillary Clinton, Thursday, April 21, 2016

“The overwhelming majority of Americans support comprehensive background checks and other commonsense reforms to keep guns out of the hands of dangerous individuals. That includes Republicans and Democrats, gun owners and non-gun owners alike. In reality, we’re not divided on this issue. Americans know that we can respect the rights of responsible gun owners and enact commonsense gun reforms to keep our communities safe.

And yet the politics of gun violence prevention have become poisonous. Congress is so intimidated by the gun lobby that they won’t even prevent suspected terrorists from buying assault weapons. . . .

We need to elect leaders with the courage to stand up to the gun lobby.” — Hillary Clinton, Newsweek, August 8, 2016

“It’s just that the gun lobby, and in particular the NRA, has spent decades using money and influence to cause gridlock in Washington. Too many elected officials are scared to prioritize the safety of our communities over the profits of the gun lobby for fear they’ll lose their jobs. Look, I know the NRA. They’re headquartered in my home state, and they’ve campaigned against me in every statewide race I’ve ever run. I promise I’ll continue to stand up to their bullying. It’s time for elected officials to stand up to the gun lobby, and pass the commonsense laws that Americans are asking for and that our communities need.” — Senator Tim Kaine, Newsweek, August 8, 2016

“And if we’re serious about keeping our country safe, we also can’t afford to have a President who’s in the pocket of the gun lobby.” — Hillary Clinton in an obvious reference to Donald Trump, transcript of Clinton’s acceptance speech to the Democratic National Convention, July 28, 2016

“Since 2005, the NRA Political Victory Fund has received nearly $85 million in contributions from individual donors.” — CNN, The Money Powering the NRA

Michael Bloomberg: $28,552,009 (As the quote above indicates, this is about one-third the money that the NRA Political Victory Fund has received since 2005.  While gun control was by far the major motivator for Bloomberg’s political donations, other motivations were also involved.)

Everytown for Gun Safety: $297,750 (even though virtually all of Everytown’s funding comes from Bloomberg, these donations are counted separately)

In 2013, Michael Bloomberg spent $12 million on gun control advertising this year, Gun control groups outspend gun owner groups by 7.4 to 1.  (If people can find numbers for other years, please let us know.)

As to other outside spending on campaigns, even excluding Bloomberg’s expenditures, they alone outspent the NRA by 2-to-1.  From the New York Times:

Mr. Bloomberg, the former mayor of New York, said gun control advocates need to learn from the N.R.A. and punish those politicians who fail to support their agenda — even Democrats whose positions otherwise align with his own.

The $50 million could be significant: In recent years, the N.R.A. has spent only $20 million annually on political activities. The political groups affiliated with the billionaire Koch brothers, who are seeking to help Republicans take over the Senate, have spent about $30 million in the last six months.

The group will zero in on 15 target states, from places like Colorado and Washington State, where gun control initiatives have advanced recently, to territory that is likely to be more hostile like Texas, Montana and Indiana. They have set a goal of signing up one million new supporters this year on top of the 1.5 million they already have. . .

OpenSecrets.org lists the NRA’s outside spending in the 2014 Election Cycle at $27.0 million.

The one area where the NRA’s spending may exceed Everytown’s is in lobbying ($3.36 million versus $1.8 million).