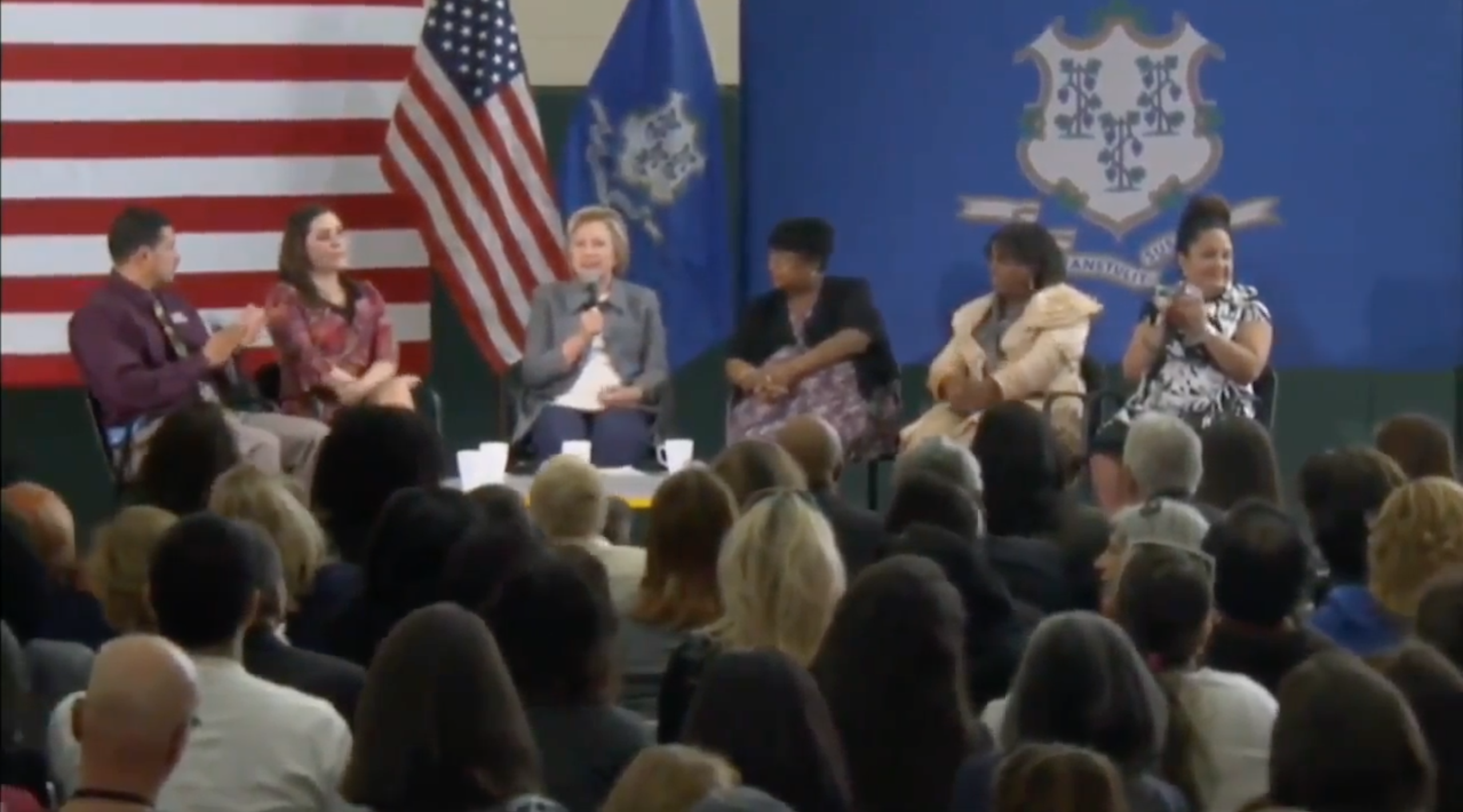 On Sunday, Hillary Clinton just couldn’t bring herself to say on ABC’s “This Week” that Americans have an individual right to own guns.  But it didn’t stop her from denying Donald Trump’s claim that she wants to abolish the Second Amendment.  Clinton accused Trump of making “outright fabrications, accusing me of something that is absolutely untrue.”

From changing the Supreme Court to make it possible to again ban guns in the United States to making it more costly to own guns, I predict that a President Hillary Clinton will do four things to either ban guns or at least reduce gun ownership, especially for poor people:

But to anyone familiar with the Supreme Court rulings on the Second Amendment, Clinton clearly indicated that she would appoint Supreme Court Justices who will allow gun bans.

Until 2008, Washington, D.C., had a complete handgun ban.  It was also a felony to put a bullet in the chamber of a gun.  In effect, this was a complete ban on guns. In District of Columbia v. Heller, the U.S. Supreme Court struck down these laws.

Clinton told Stephanopoulos: “I think that for most of our history, there was a nuanced reading of the Second Amendment until the decision by the late Justice Scalia and there was no argument until then that localities and states and the federal government had a right, as we do with every amendment, to impose reasonable regulation.”

Clinton went on to talk about her push for expanded background checks, but that has nothing to do with Scalia’s decision in Heller. Instead, she should explain what made D.C.’s regulations “reasonable.”  She could have told us why people should be imprisoned for five years for defending their families.

In McDonald v. City of Chicago (2010), Supreme Court justices Stephen Breyer wrote in his dissent: “I can find nothing in the Second Amendment’s text, history, or underlying rationale that could warrant characterizing it as ‘fundamental’ insofar as it seeks to protect the keeping and bearing of arms for private self-defense purposes.” Ruth Bader Ginsburg and Sonia Sotomayor joined in this dissent.

Breyer and Ginsburg were both appointed by President Bill Clinton.  Sotomayor was Obama’s first nominee to the Supreme Court.  Obama’s second nominee, Elana Kagan, would clearly have voted the same way had she been on the court at the time.  Indeed, Kagan served in the Clinton administration and helped lead the President’s gun control initiatives.

If Hillary wins in November, she will appoint Scalia’s successor and the Supreme Court will overturn the Heller decision.  Make no mistake about it, gun bans will return.

2. Stephanopoulos also asked Hillary on Sunday about her support in 1993 for a 25 percent sales tax on handguns. This is enough to add a hundred or more dollars to the price of a gun.  Clinton wouldn’t say if she still supported such a tax, but she appeared to justify the proposal by talking about the costs of gun violence.  Of course, she has never acknowledged the fact that guns are used to stop crimes 4 to 5 times more often than they are used to commit them. . . . 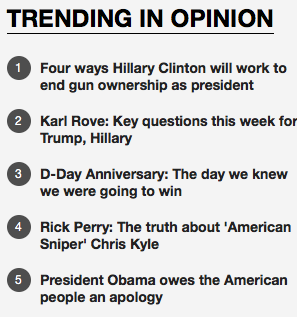