Alan Berlow quotes one person who isn’t worried about gun registration leading to confiscation (“Gun Control That Actually Works,” May 31).  But this isn’t very assuring.  In 2013, New York City used registration lists to confiscate guns.  Americans have seen this happen in California, Chicago, and Connecticut.

Evidence suggests registration has not been important to solving crimes. The D.C. police department stated in a 2013 deposition that it could not “recall any specific instance where registration records were used to determine who committed a crime.”  Despite registration since 1960, Hawaii has had a similar experience.  In 2012, the Royal Canadian Mounted Police could not provide even a single example of tracing being of more than peripheral importance to solving a case.

Berlow acknowledges that, at least from 2006 to 2014, no gun crimes were solved using the registry created by the National Firearms Act (which includes only machine guns and short-barrel firearms).  Despite hundreds of thousands of law enforcement hours spent enforcing these rules over decades, there is no evidence these laws reduced crime.

The documents linked to in this post were provided to the New York Times.
UPDATE: It now turns out that Alan Berlow misquotes the one named source (Jeff Folloder, the executive director for the National Firearms Act Trade and Collectors Association (NFATCA)) that he relied on in the op-ed.  I co-authored another letter with Jeff where Jeff pointed out where he was misquoted and explaining why he would never have said the things that he was accused of saying, but the New York Times would not run the brief letter.  From the New York Times:

Jeff Folloder, the executive director of the N.F.A. Trade and Collectors Association, says his members have learned to live with gun registration and lose no sleep worrying about confiscation. “There are still an enormous number of people who think if they register and purchase an N.F.A. weapon, they’re giving A.T.F. permission to come knock on their door at any time, and that’s just not true,” Mr. Folloder told me. “You’re not giving up any rights.”

Mr. Folloder, a manufacturer and collector of machine guns and silencers, is no fan of the firearms act. He’d like to make machine guns more readily available, and lobbied successfully to repeal a requirement that N.F.A. owners be preapproved by a local law enforcement officer. But Mr. Folloder and the A.T.F. agree that registrants are rarely implicated in crimes. People with registered weapons who can pay $40,000 for a machine gun “bend over backwards to obey the law,” he says. “If you’re going to spend that much money and put that much effort into obtaining one of these, you’re not going to be holding up the liquor store.” . . .

“Many of my quotes/attributions from that past interview were taken out of context,” Folloder told The Federalist. “I detailed to the author that one of the rumors that we have to constantly dispel is the fiction that registering an NFA weapons gives ATF permission to come inspect or kick in your door without cause or warrant.”

“I specifically said that registering an NFA weapon does not mean that you give up any search and seizure rights,” Folloder continued. “Of course, that morphed into ‘not giving up any rights.’”

“Berlow, through manipulation and editing, implied that I/we think that a gun registration scheme is effective,” Folloder concluded. “It’s not.” . . .

As of the afternoon of June 3rd, the New York Times had not listed any corrections for the op-ed piece that they ran from Alan Berlow. 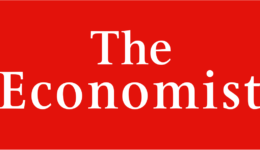