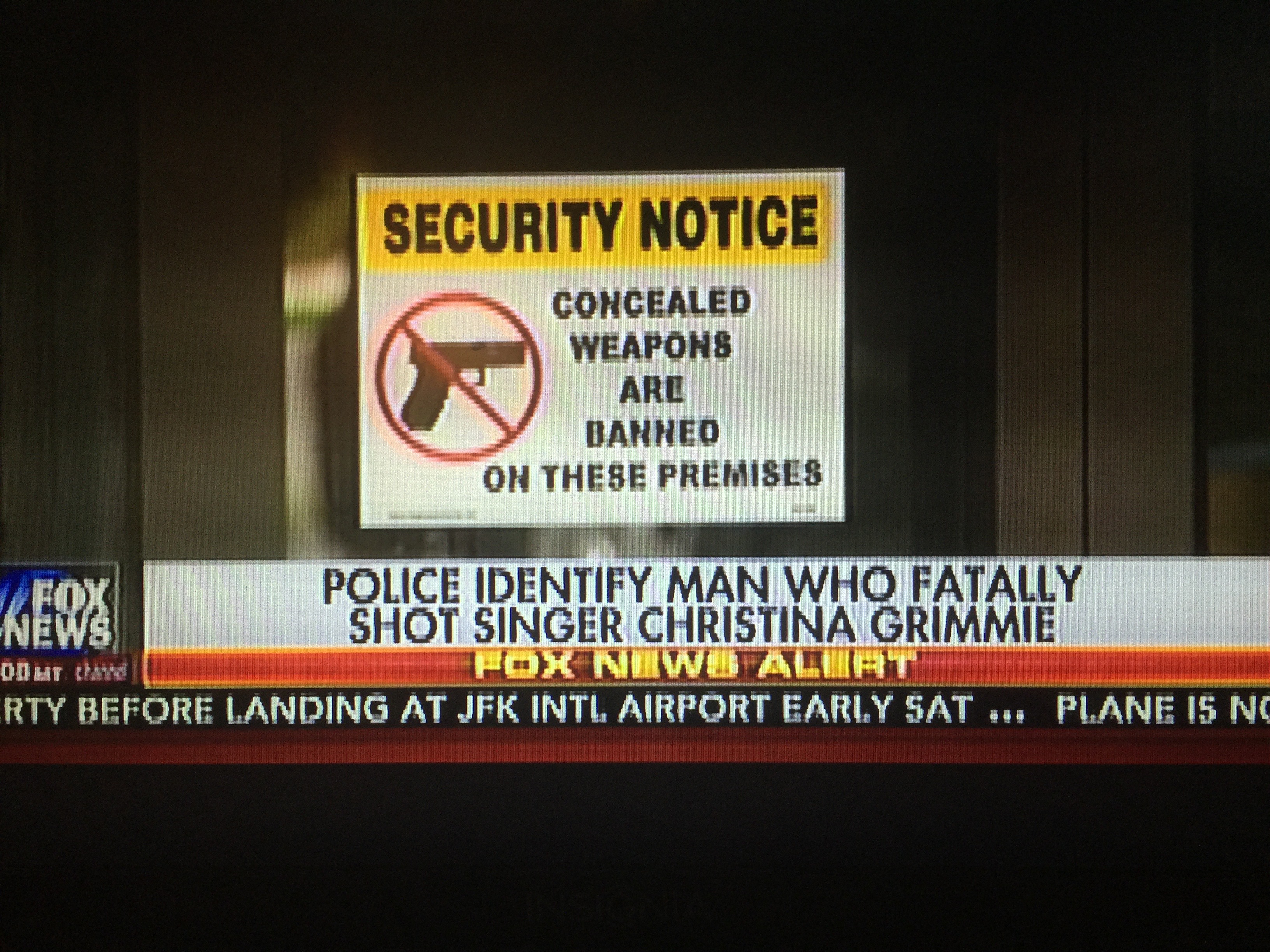 As the picture above shows, the man who fatally shot Christina Grimmie did so in a gun-free zone.  Somehow, despite the ban on weapons, the killer, Kevin James Loibi, was able to get a large knife in addition to two handguns into the concert area.

As one headline reads: “Christina Grimmie fans demand guns be BANNED after star’s fatal shooting.”  Within hours after this tragedy, gun control advocates were calling for more gun control.  Not only were guns already banned in the area where the killing occurred, but given how the killer was standing right next to Christina Grimmie when she was killed, he could have also presumably killed her with his large hunting knife. 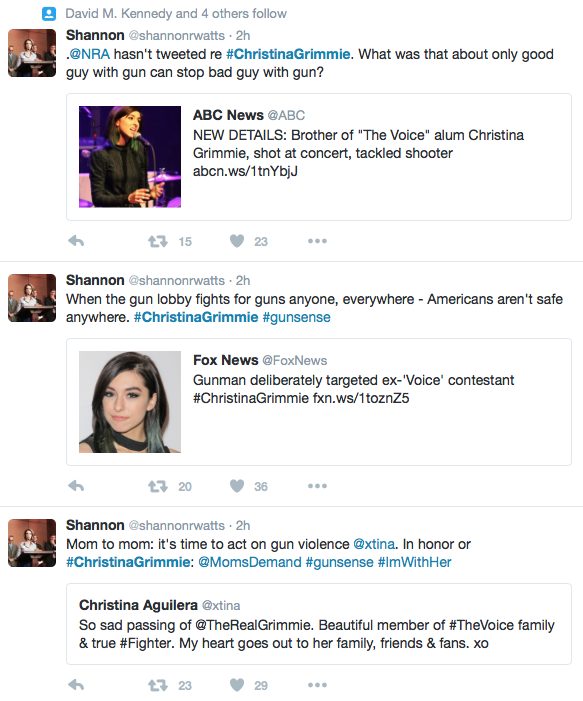 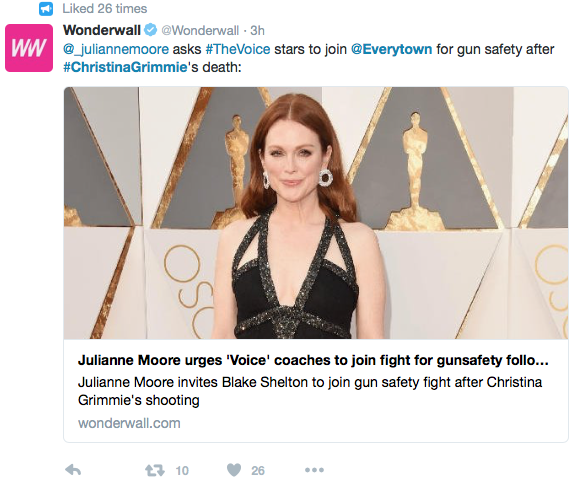