Fox News has a news story on a new initiative being offered by California’s Lt. Gov. Gavin Newsom.  The initiative has includes proposals either not approved by the the Democrat controlled legislature because they were viewed as unworkable or vetoed by the governor.

. . .  Dr. John R. Lott, Jr., an economist and world recognized expert on guns and crime who founded and heads the Crime Prevention Research Center, a research and education organization dedicated to conducting academic quality research on the relationship between laws regulating the ownership or use of guns, crime, and public safety, called the initiative “racist.”

“The question is who are you stopping from owning a firearm or getting hold of ammunition – in this case it is law-abiding, poor blacks and Hispanics who won’t be able to afford the cost of ammunition, which will rise with the cost associated with required background checks for ammunition purchases.” . . .

Lott said many of the claims by Newsom and the Safety for All ballot initiative website are inaccurate, something that also drew the attention of Politifact, the independent fact-checking organization that won a Pulitzer Prize for calling out politicians’ false claims.

“Politifact called Newsom’s rhetoric “mostly false” and said he used “pseudo data” that is “out of context and is done in a way which is calculated to cause confusion,” Hanisee said. . . . 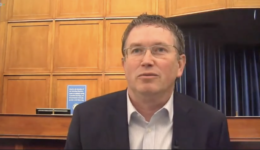