The Very Real Limits on Constitutional Carry: The Problem with Gun-Free School Zones

We have recently noted that with new laws being passed in West Virginia and Idaho it is possible to carry concealed handguns in 10 states without a permit (in addition, in Montana you can do that outside of city limits). But Federal law clearly hasn’t caught up with the Constitutional Carry movement.  The problem is that the Federal Gun Free School Zone Act prohibits firearms of any kind within 1,000 feet of a school ground, and not the center of the school, but the edge of the property. “School” is defined as K-12 and includes public schools, private schools, parochial schools, and in some places possibly home schools. Idaho lets you carry in these school zones if you have a concealed handgun permit, but without a permit you could face a 5 year prison term. I don’t have a map for any city in Idaho, but suppose that Montana changed its law so that you could carry without a permit in city areas. This map for Missoula, Montana shows that it is literally impossible to travel from the northern to the southern part of Missoula (even using side streets).  The point is basically even if Montana became a full Constitutional Carry state, the 1,000 feet area around schools would leave the ability to carry in cities pretty much the way that it is now.  Click on the map to enlarge it. 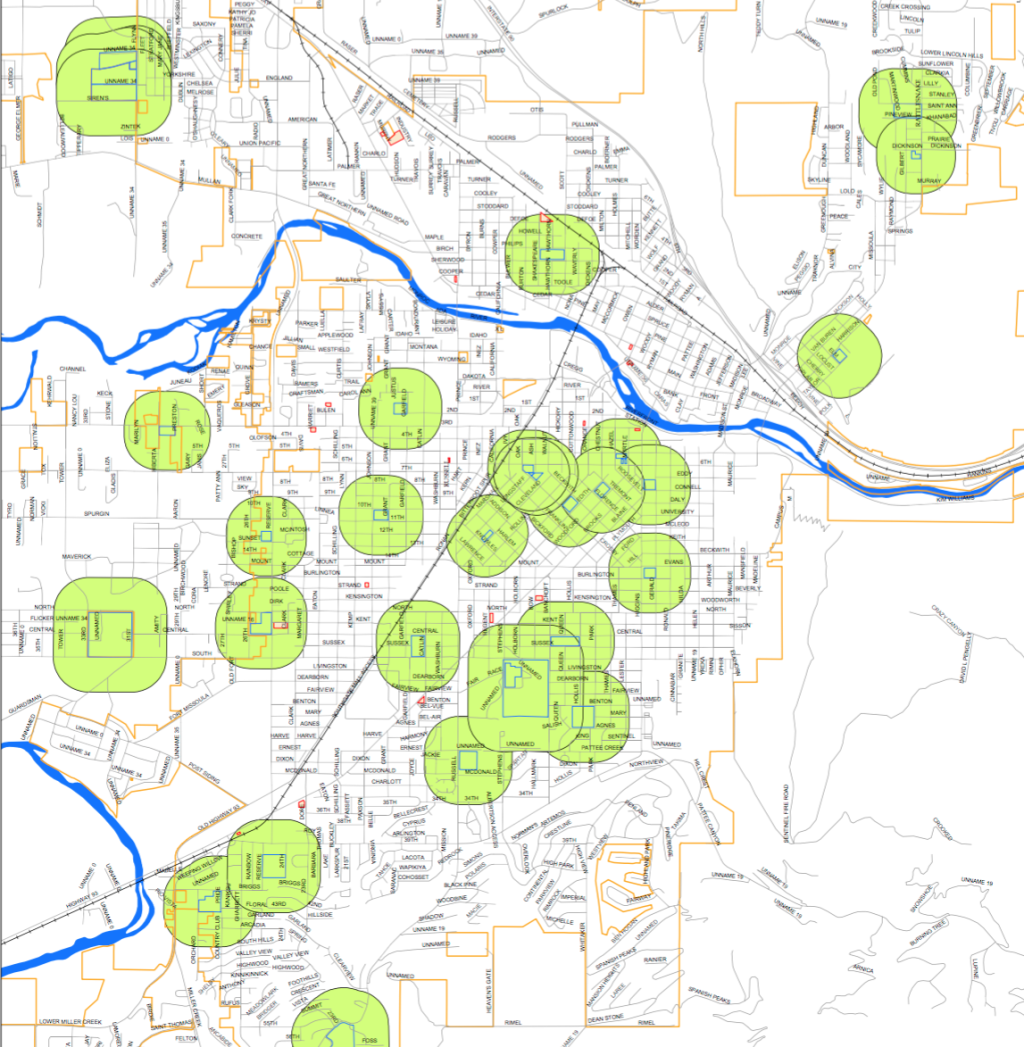 Here is a map for Phoenix (Arizona is another Constitutional Carry state) from GunLaws.com.  Again, without a permit, it is literally impossible to legally travel from one side of the city to another.

UPDATE: Here is a map for Pocatello, Idaho (click on map to enlarge).  This map is set up quite as nicely as the other ones, but it is clear that there are clusters of schools in the south, the left side further up, and the northeast that will make it very difficult to travel in those areas. 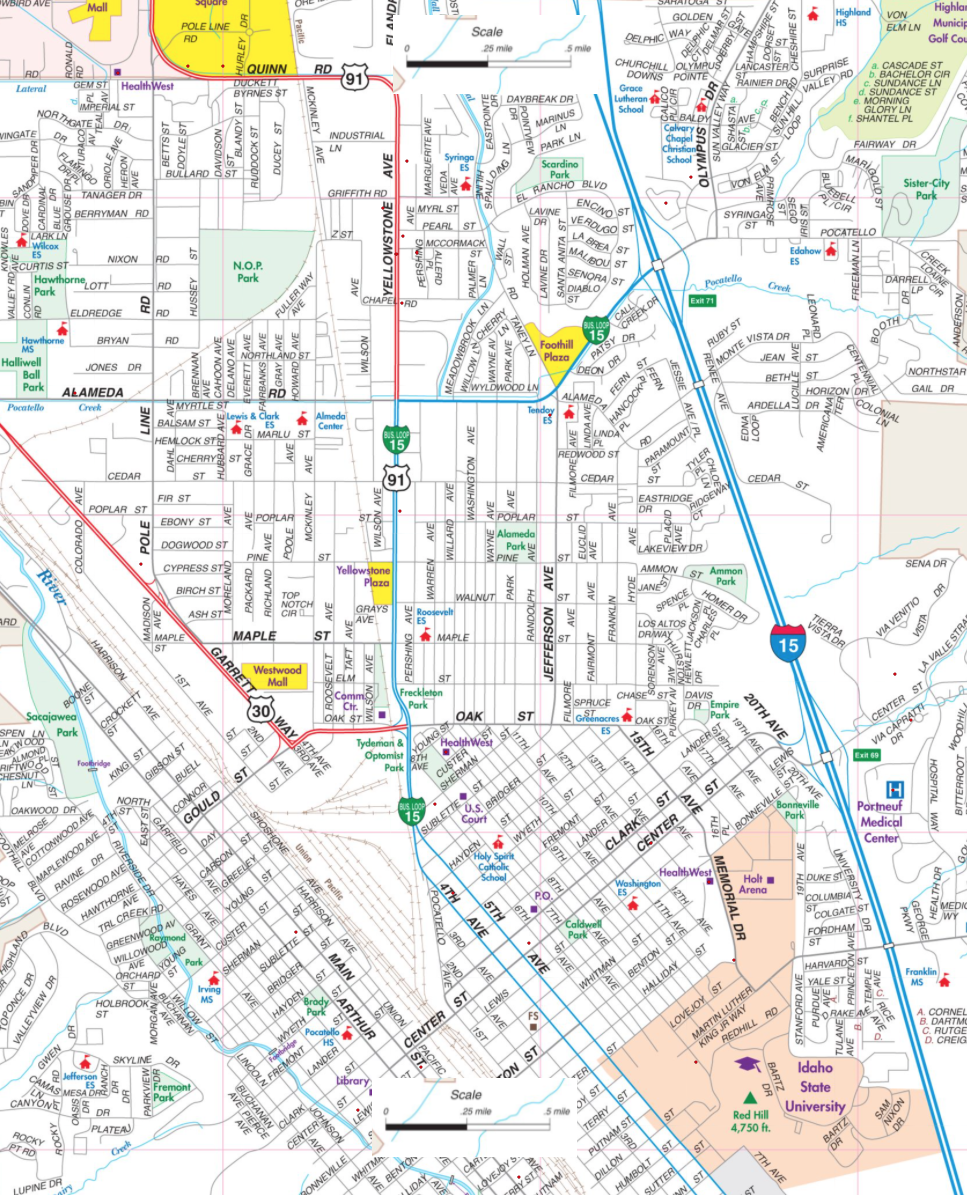