The Herald Times Online (Bloomington, Indiana) and the Reporter-Times (Martinsville and Morgan County, Indiana) had this synopsis of Lott’s part of the debate:

It was an interesting argument, that the U.S. citizens who could be most in need of guns for protection — low-income minorities living in high-crime urban areas — might be unable to obtain them if expanded background checks become law because of the cost.

“The people who need them most may well be priced out of owning a gun,” gun-rights advocate and Federalist Society expert John Lott suggested during a lunchtime discussion at Indiana University’s Maurer School of Law Tuesday. “It’s incredibly racist, who gets stopped from gun ownership.”

Lott said the costs of background checks are figured into the price of guns sold at stores and gun shows, but gun sales between individuals that currently do not require background checks will be more costly if such laws are passed.

“The laws stop poor minorities from guns,” he said, advocating for free background checks for people living below the poverty level, who he said are are discriminated against by the additional cost. “There is a disparate impact from these fees.”

Here is a picture of the crowd at John Lott’s talk in Elko, Nevada on Friday, March 4th, 2016 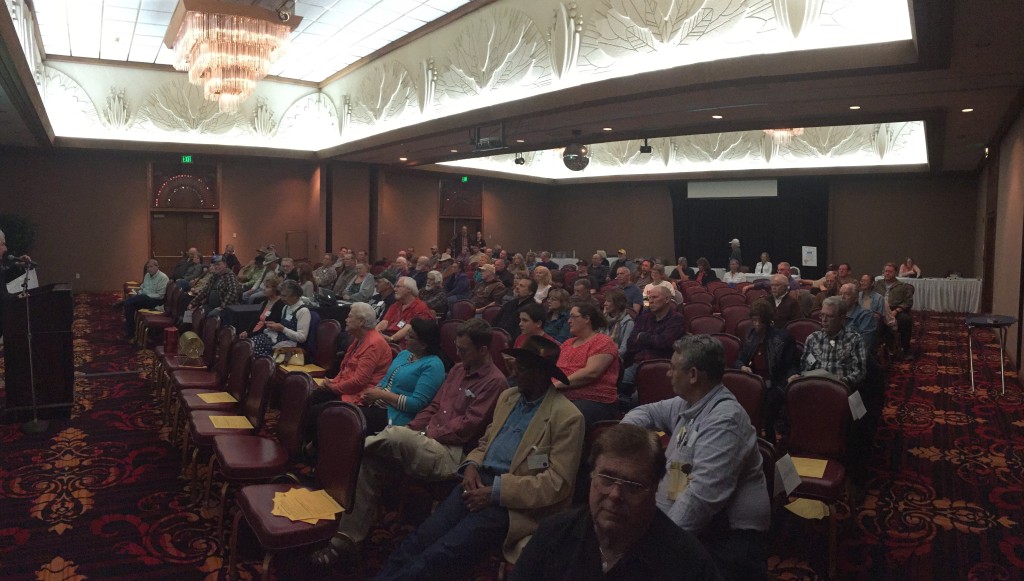