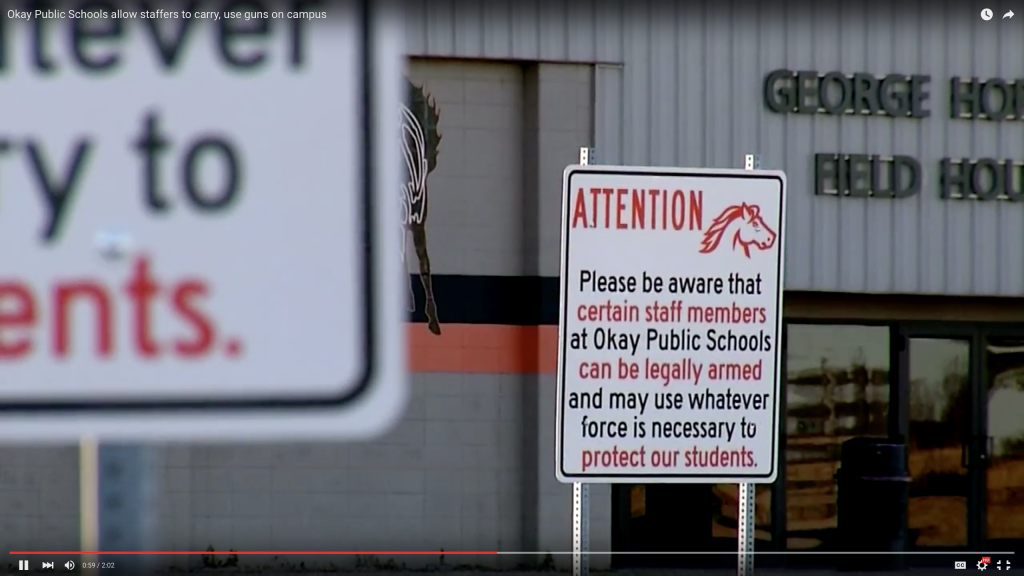 There is only one deputy sheriff in the town.  According to the news reports shown above, several other school districts in Oklahoma are apparently moving to adopt a similar policy.

From the Muskogee Phoenix in Muskogee, OK:

The Okay Public Schools Board of Education passed an “Armed School Employees” policy in August. On Monday, the district publicized that policy with signage in front of the school.

“The signs are more or less a deterrent,” Superintendent Charles McMahan said. “We don’t want to be a soft target.”

McMahan said his administration looks for ways to keep students safe and secure, particularly since the Okay Police Department was disbanded in December 2014. Although Wagoner County sheriff’s deputies are available, McMahan said it is “seconds, not minutes, that matter.”

Student Richard Antosh and several of his peers supported the policy, trusting their teachers should a threat arise. Many of the students only learned of the policy when the administration placed the signs. . . .

The school’s policy, spearheaded by High School Principal Mark Hayes, is designed to fill the security where it was vacated by local law enforcement. . . .