Will gun control advocates next want to ban revolvers after they ban semi-autos?: Bans on Semi-autos proposed in California, Georgia, and Washington 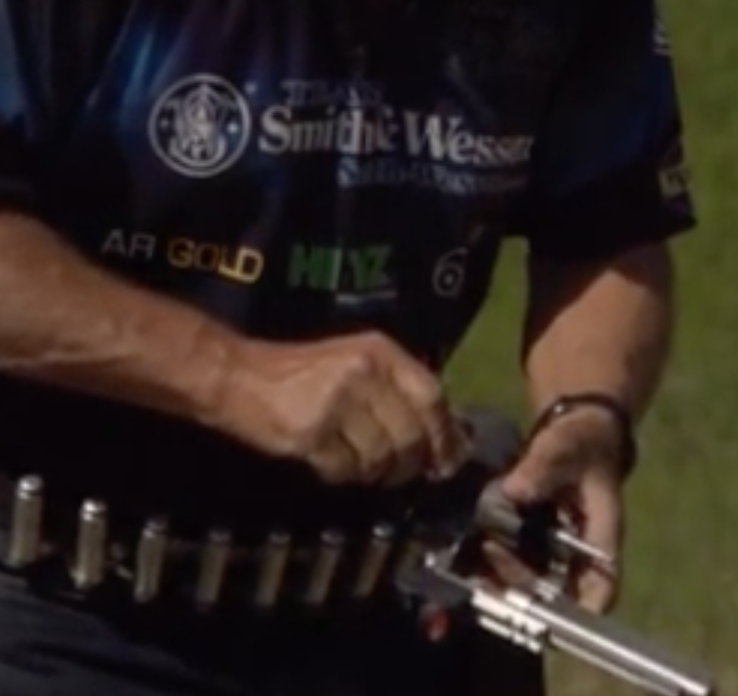 Picture shows someone loading his revolver with a speed loader.

Back in 1998 Barack Obama supported a “ban the sale or transfer of all forms of semi-automatic weapons.”  But Obama’s past views are now all the rage among Democrats.  Yet, at the CNN Townhall on guns on January 7th, 2016, Obama belittled the concern that the government would want to confiscate people’s guns: “Yes, it is fair to call the conspiracy, what are you saying? Are you suggesting that the notion that we are creating a plot to take everybody’s guns away.”  Yet, with all the calls from Democrats for semi-automatic gun bans, it is hard to take the denials seriously.

Thomas Friedman, New York Times (January 6, 2016): “Bans on the manufacture and sale of all semiautomatic and other military-style guns and government offers to buy back any rifle or pistol in circulation. It won’t solve the problem, but Australia proved that such programs can help reduce gun deaths.”

The Week (January 6, 2016): “focus only on assault weapons. Define them to include all automatic and semi-automatic rifles, as well as high-capacity magazines that increase the number of bullets that can be fired by rifles and handguns without reloading. But don’t try to outlaw them, as the now-expired 1994 Federal Assault Weapons Ban did with some semi-automatic rifles. Simply require that they be purchased, stored, and used only at licensed dealers and firing ranges.”

Lexington Minuteman (January 4, 2016): “Rotberg is proposing an amendment to Chapter 97 of the Code of Lexington, titled “Code of Conduct,” to ban the ownership of semi-automatic or fully automatic weapons able to hold ammunition clips containing more than 10 rounds. He submitted a citizen petition for the annual Town Meeting warrant, so Town Meeting members will have a chance to decide whether to support his proposed changes in March.“

One wonders whether gun control advocates have any idea of how guns work.  Legislation has just been introduced to ban semi-auto rifles in California and semi-automatic pistols in Georgia and those that can take magazines of more than 10 rounds Washington State.

(A) Any selective fire firearm capable of fully automatic, semiautomatic, or burst fire at the option of the user and any part designed or intended for use with such firearm; . . .

(a) No person shall possess, distribute, transport, transfer, or sell any assault weapon.

(b) Any person who distributes, transports, or imports an assault weapon into this state shall be guilty of a felony and, upon conviction thereof, shall be punished by imprisonment for not less than two nor more than ten years. . . .

The Washington State bill would ban:

b) A semiautomatic pistol, or a semiautomatic, centerfire, or rimfire rifle with a fixed magazine, that has the capacity to accept more than ten rounds of ammunition;

Once a semi-automatic gun can accept a magazine, the magazine can pretty much be of any size.

One thing that gun control advocates might not realize is that revolvers actually fire bullets at a faster rate than semi-auto pistols.  The next issue is reloading speed.  Semi-autos can hold more rounds than a revolver (the highest capacity revolvers are 8 rounds for a .357 Magnum (also) or 10 rounds for a .22LR).  Presumably most people believe that semi-autos can reload faster, but, as this video below shows, with some practice, that is not the case.  Semi-autos are easier to reload for someone who is a novice.

One advantage that revolvers have over semi-automatics is that semi-autos can jam.

Obama could do something simple to convince Americans that he is really not trying to use background checks on private transfers to put together a national registry that could then be used to confiscate guns.  See point three here. 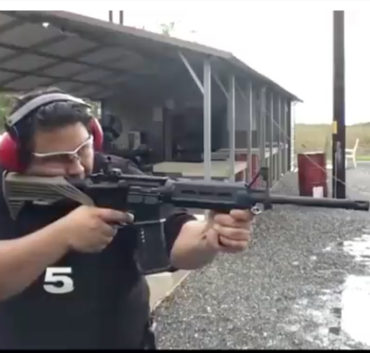