CPRC on Turkish Television discussing Obama’s executive actions on Guns: What passes for “debate” by some gun control advocates 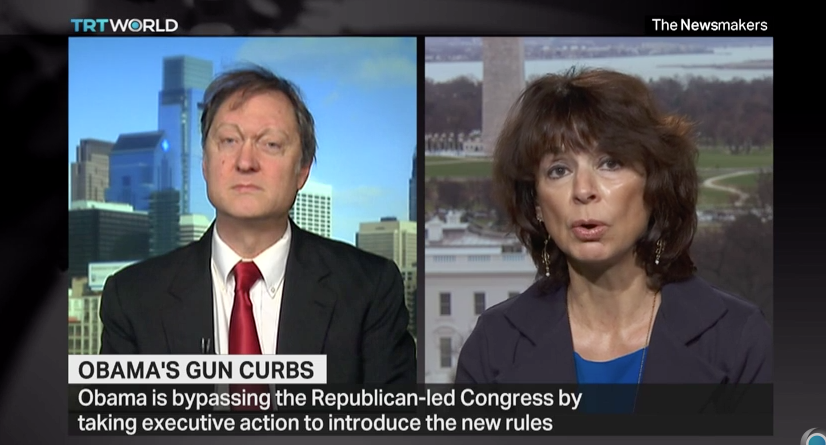 John Lott “debated” Leah Barrett, the executive director of New Yorkers Against Gun Violence, about President Obama’s new executive orders on guns.  The debate starts at 5:38 into the video and let’s people again see what is sometimes like to debate gun control advocates.  John Stossel recently had an op-ed discussing similar recent attacks Ms. Barrett has launched against Lott.  This discussion on Turkish Television took place on January 6th.