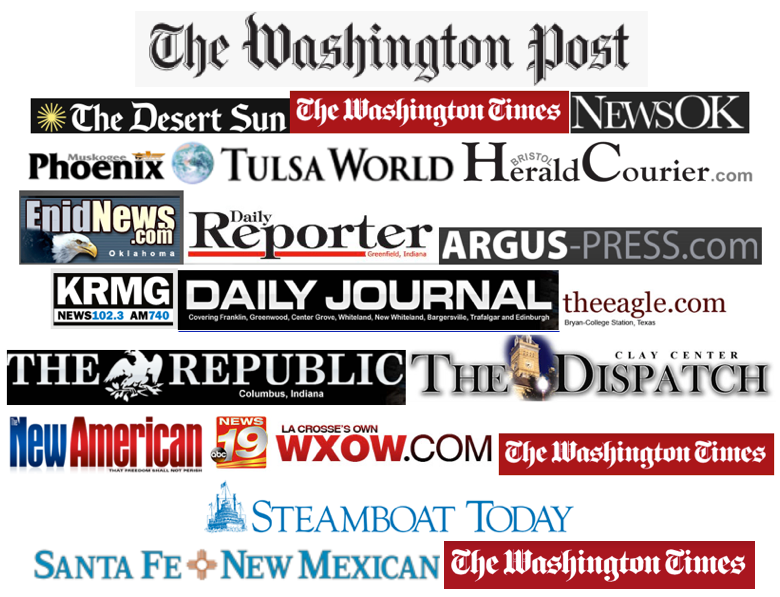 The number of concealed handgun permits has increased over the past decade, from 4.6 million in 2007 to more than 12.8 million in 2015, according to a recent report from the Crime Prevention Research Center. . . .

An increasing number of Americans, including New Mexicans, are obtaining licenses to carry handguns. A recent report from the Crime Prevention Research Center said the number of concealed handgun permits in the United States has grown from 4.6 million in 2007 to more than 12.8 million in 2015. All 50 states now have some form of concealed-carry laws.

The New Mexico Department of Public Safety, which oversees the concealed-carry law, reports that as of the end of 2014 about 40,800 people had concealed-carry permits. Santa Fe County had about 2,200 active conceal-carry permits as of that point in time, the report notes. . . .

Nationally, there are 12.8 million concealed handgun permit-holders, representing 5.2 percent of the U.S. adult population, according to a report released July 13 by the Crime Prevention Research Center, a nonprofit that researches gun laws. . . .

“It’s ridiculous,” John R. Lott Jr., a pro-gun academic with the Crime Prevent Research Center, a Colorado-based nonprofit, told the Desert Sun News. “Most states in the country will get you a concealed carry permit within at least 60 days. What if you have a woman who is being stalked or threatened? What is she supposed to do? Wait a year and a half just to get an appointment?” . . .

Those who are pushing to restore funding to the CDC for anti-gun studies also would have you believe that no gun research has been done since the 1997 congressional action. This is clearly false, since criminology research has proceeded unabated, with some of its greatest contributions coming from John Lott. Lott’s monumental 1998 book More Guns, Less Crime is now in its third edition.

Of course, in the minds of the public health anti-gun community, Lott’s research doesn’t count because it finds that gun ownership has benefits for society—a truth that they have spent their professional lives, and millions of our tax dollars, denying. . . .

In San Bernardino, applications are being delayed up to 18 months, while in Riverside application appointments are being scheduled out to September.  John Lott, founder of the Crime Prevention Research Center, expressed the frustration of many: “It’s ridiculous. Most states in the country will get you a concealed carry permit within at least 60 days.What if you have a woman who is being stalked or threatened? What is she supposed to do — wait a year and a half just to get an appointment?” . . .

As Gov. Mike Huckabee put it during the latest undercard Republican debate, “Of course we want to stop gun violence, but the one common thing that has happened in most mass shootings is that they happened in gun-free zones, where people would have been law-abiding citizens, who could have stood up and at least tried to stop it were not allowed to under the law.”

“We are the only advanced country on Earth that sees this kind of mass violence,” Obama frequently laments, a claim judged false by Politifact and the Washington Post, which called his language “slippery.”

In fact, the U.S. ranks 11th in per capita fatalities from mass public shootings — behind European countries with stricter gun control laws such as France, Switzerland, Norway and Belgium — according to a Crime Prevention Research Center analysis of the period 2009 through 2015. Meanwhile, total U.S. homicides are at historic lows. . . .