CPRC’s John Lott was interviewed by Fox News about a permit holder who stopped a robbery in Chicago:

. . . The incident could add more fuel to the ongoing debate about whether the proliferation of handguns is responsible for crime or if more guns in the hands of law-abiding citizens can actually make people safer.

“It doesn’t get national news attention, but the over 13 million concealed handgun permit holders in the U.S. are getting local news coverage in stopping crime every day,” said John Lott, president of the Crime Prevention Research Center.”

He cited three recent cases in Detroit, where Police Chief James Craig has encouraged citizens to get gun permits and carry weapons as a means of ensuring public safety. In one, a a 23-year-old permit holder stopped three robbers who threatened to kill him; in another, a 63-year-old man stopped would-be robber after he withdrew money from an ATM; and in a third, a pastor stopped a man from attacking him with a brick.

But also last month, a Michigan woman with a concealed carry license shot at shoplifters fleeing a Detroit-area Home Depot store, flattening a tire of their SUV. No one was hurt, and the suspected shoplifters were arrested several days later. The woman faces up to 90 days in jail after pleading no contest to a charge of reckless discharge of a firearm. Two other shootings in which citizens fired at lawbreakers or potential lawbreakers also happened in September in Michigan. . . .

This story was one of the top stories on the Fox News website all day long. 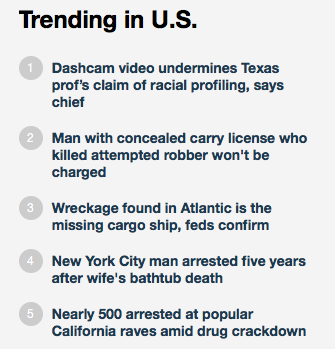 ← Will Brazil, long having some of the strictest gun control in the world and one of the highest murder rates, finally liberalize its gun laws? CPRC at the Daily Caller: "The New York Times Keeps Getting Its Gun Facts Shockingly Wrong" → 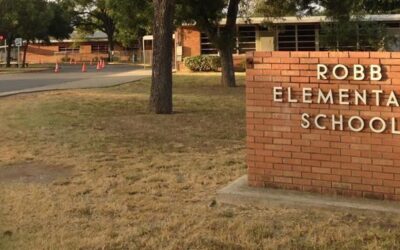 Another School Shooting in a Place where teachers and staff were banned from carrying guns: Robb Elementary School in the Uvalde, Texas CISD

A shooting at a Texas elementary school left 14 children and one teacher murdered. While about 30% of school districts in Texas 2020 had armed teachers and staff, unfortunately, the Robb Elementary School in the Uvalde, Texas CISD doesn't appear to be one of them....

On The Vicki McKenna Show: Discussing the recent debate over abortion

Dr. John Lott joined Vicki McKenna on her statewide radio show in Wisconsin to discuss Lott’s new piece at The Federalist titled: "Roe Destroyed Many Social Institutions That Are Unlikely To Return." (Wednesday, May 11, 2022, from 5:36 to 5:51 PM)...

On the Michigan Talk Network with Steve Gruber: To Discuss Supreme Court Leak Over Abortion

Dr. John Lott talked to Steve Gruber on the Michigan Talk Network about the leak of a draft Supreme Court opinion in the abortion case. (Saturday, May 14, 2022)