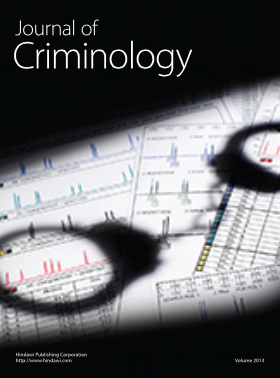 Warning: These researchers are refusing to release the data used in their already published study.

Public health researchers at Texas A&M University (Charles D. Phillips, Obioma Nwaiwu, Szu-hsuan Lin, Rachel Edwards, Sara Imanpour, and Robert Ohsfeldt) have a new piece in the Journal of Criminology that claims that concealed handgun permits have no statistically significant effect on crime rates.  Depending on the regression reported, they look at data for either 3 or 4 states with permit data from 1998 to 2010 (Florida, Michigan, Pennsylvania, and Texas).

As past surveys of the literature have shown, there have been other studies that have found that right-to-carry laws don’t reduce violent crime, though they have been in the distinct minority.  Yet, the worst that they can say is that these laws don’t produce a bad effect.

No serious explanation is offered for why these authors exclude other states or years?  County level permit data are easily available for Illinois and Wisconsin because no permits were issued over this entire period of time.  Oregon, Tennessee, North Carolina, and other states have county level data over this period of time.   This is important because the test that they are preforming compares these states relative to one another during the period that they all have right-to-carry concealed handgun laws.  When authors throw out data there had better be a good explanation for why they are doing it, but no explanation is offered here.
These authors appear completely unfamiliar with the 2nd and 3rd edition of John Lott’s “More Guns, Less Crime.”  In Chapter 10 of the third edition, Lott uses permit issuance estimates for the entire US over a much longer period of time (from 1977 to 2005), and if the authors had cited either of those editions, they would have had to address the differences in how the estimates were conducted.  That is important because those editions spent significant time going through and talking about what determined the number of permits issued and the impact of the number of permits on the crime rate.  Permit issuance rate depends crucially on the cost of getting a permit (fees, training period, how long the laws have been in effect, also where you can use the permit).  This is necessary in differentiating the supply and demand issues for number of permits issued.  For example, during the period studied the cost of a Texas permit was $140 and a training period of 10 hours while in Pennsylvania was $19 and no training.  Lott spent a great deal of time explaining that higher permit fees not only reduce the number of permits, but also changing the mix of who obtained permits.  Higher permit fees prevent the people who benefit the most from obtaining a permit — poor blacks in high crime rates.
No explanation is offered for why these costs of getting permits, which differ significantly across these states, are completely ignored.
Despite these problems, it would have been interesting to see the results without including the number of Federally Licensed Firearm dealers, a number that is likely very correlated with the number of permits.
They also have no or virtually no data on permit issuance prior to right-to-carry law being adopted.  Strangely permit issuance is as a percent of the total population, not the percent of the adult population, thus adding randomness into the relationship.
Even the first edition of “More Guns, Less Crime” had county level data on three states — Arizona, Pennsylvania, and Oregon — over a longer period of time than the Texas A&M study.
(Visited 75 times, 1 visits today)

← CPRC in the Daily Caller: On Ahmed’s Clock and Zero Tolerance School Policies Police support for getting rid of gun-free zones →