John Lott’s letter to the editor at USA Today can be found here.

Original Post: USA Today repeats what is a popular claim, that gun sales are driven by pushes for gun control.  Even when a spike in sales occurs after a shooting, there are two possibilities: 1) that they are worried about more gun control or 2) that people are more convinced that they have to defend themselves.  After all, surveys are showing that people are more likely to believe that owning a gun makes them safer (here and here).  A careful analysis of NICS background checks shows that it is very unlikely that there was an unusual change in August.

Renewed calls for more restrictive gun laws, following a succession of fatal shootings in the United States, immediately appear to be generating a boost for the gun industry.

Newly released August records show that the FBI posted 1.7 million background checks required of gun purchasers at federally licensed dealers, the highest number recorded in any August since gun checks began in 1998. The numbers follow new monthly highs for June (1.5 million) and July (1.6 million), a period which spans a series of deadly gun attacks — from Charleston to Roanoke — and proposals for additional firearm legislation.

While the FBI does not track actual gun sales, as multiple firearms can be included in a transaction by a single buyer, the National Instant Criminal Background Check System’s numbers are an indicator of a market upswing in the face of growing anxiety about access to guns.

“Whenever there is a call for gun control, sales increase,” said Larry Keane, general counsel for the firearm industry trade association National Shooting Sports Foundation. “Unfortunately, this is a pattern that repeats itself.’ . . .

The NICS numbers on firearm background checks is available here. 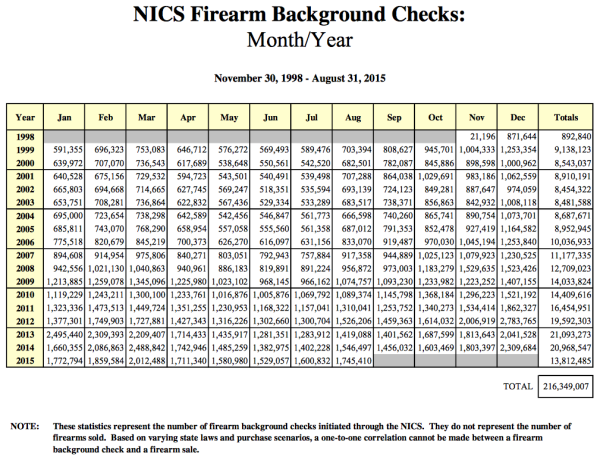 Given that the Roanoke shooting that killed the two journalists occurred on August 26th, it seems somewhat difficult to believe that there would be enough days left in the month to have a significant impact on gun sales for the entire month. (Rest of original post cut) 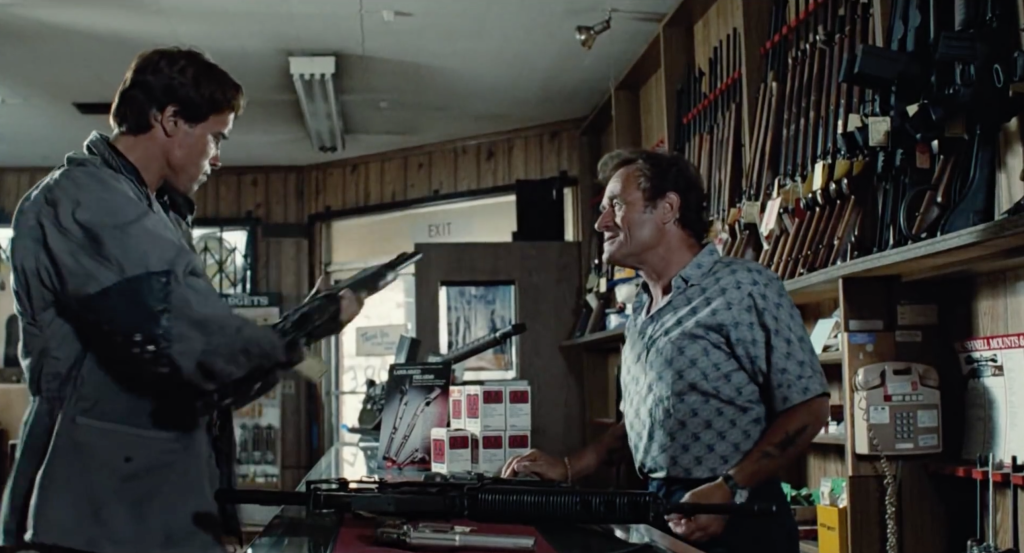