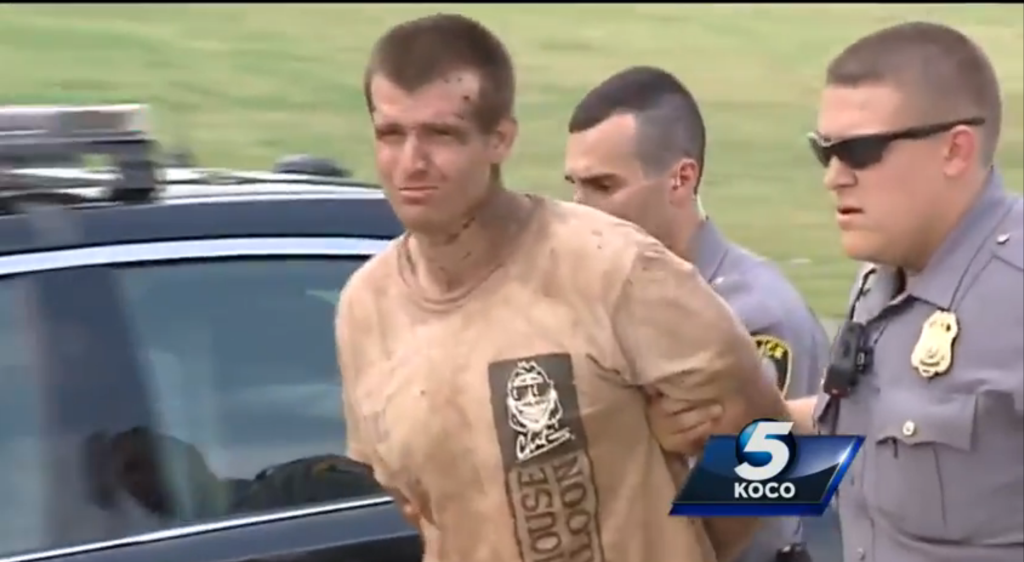 The Oklahoman on a paster shooting someone who broke into his church in Oklahoma City:

The pastor of a northeast Oklahoma City church shot at a man Wednesday after the man burglarized the church, Oklahoma City police said. Police arrested a man shortly afterward. . . .

Oklahoma City police Lt. Michelle Holland said the pastor heard someone inside the church at 1445 NE 50 and confronted a man. The pastor was able to get the burglar out of the church while he waited for police to arrive.

“The pastor held the burglar at gunpoint. He laid down in the grass (and) at some point then decided to run off as we were arriving, and the pastor fired two shots at the burglar. The burglar was not hit,” Holland said.

Holland said the pastor holds a conceal and carry license and was legally carrying the firearm. She said no one was injured during the incident. . . .

More on this story from KOCO TV News 5 in Oklahoma City is available here.

ABC-TV Channel 5 News in Ohio on how a brandishing stopped an armed robbery:

The Canton Police report said two armed suspects pulled into Maggiore’s Drive Thru, located on Dueber Avenue Southwest in Canton, on Monday at about 2 p.m.

The clerk said the suspects pointed a gun at him, but quickly drove off when he pulled out his own gun. .

A picture of the pastor who shot at the burglary suspect is shown below.