Lafayette, Louisiana Movie Theater Shooting was yet another gun-free zone, other movie theaters in area didn’t have that policy

The movie theater shooting in Lafayette, Louisiana occurred in yet another place that banned permitted concealed handguns.  The shooting occurred at the Grand Theater.  It’s “conduct policy” openly bans the carrying of guns, just like where the Aurora, Colorado movie theater shooting occurred.  While The Grand Theatre company owns three theaters in the area, none of the other local movie theaters that are owned by other companies have a similar policy (Lafitte Cinema 4, Crowley Cinema IV, The Queen Cinema (confirmed with telephone calls)). 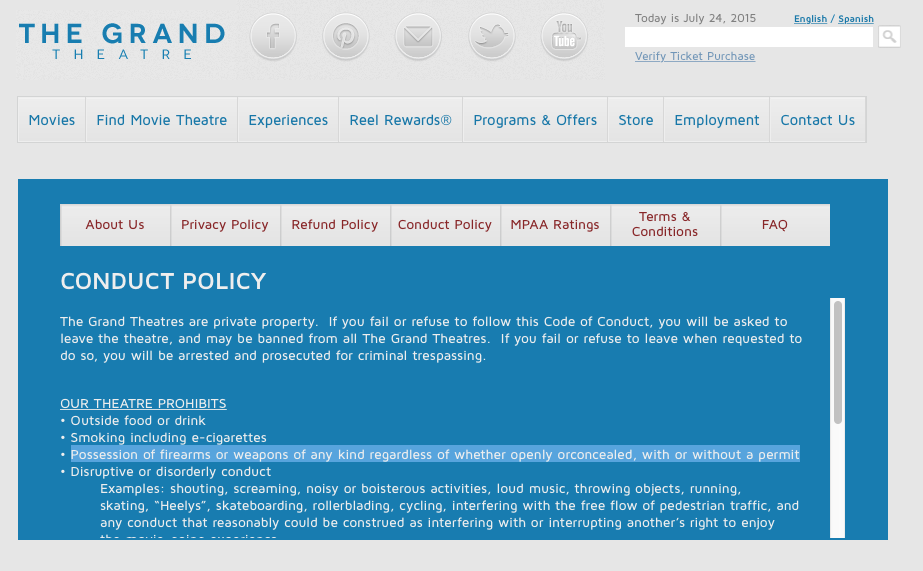 A detailed discussion of how other mass public shootings have kept on occurring in gun-free zones (see here and here).  See also here for more recent information.

UPDATE: Many are pointing to the failure of the background checks for this killer. With these killers planning their attacks far in advance, anywhere from 6 months (Charleston and Aurora attacks) to over 2 years (Newtown and Santa Barbara), it is hardly clear why one would expect background checks to be something to depend on.  So here is the ultimate question:  what is the backup plan if background checks fail?  Getting rid of gun-free zones is one serious option.