CPRC in the New York Daily News: “The myth of American gun violence”

In the wake of the murders in Charleston, President Obama has made more exaggerations and false claims about gun violence in America. He made two public addresses this past week — one to the nation on Thursday and one to the U.S.

CPRC on the Dennis Prager National Radio Show: Discussing the Aftermath of Charleston

John Lott was interviewed by Mark Isler, the substitute host on the Dennis Prager show, about the tragic massacre in Charleston, South Carolina (2:05 to 3 PM, Monday, June 22, 2015). 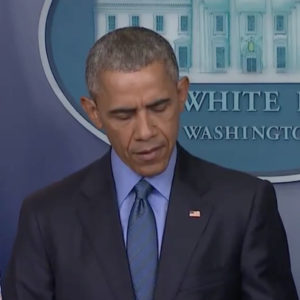 For those interested, Snopes.com has given this research below a “mixed” rating.  For a discussion of Snopes.com’s claims and our response see here.

Updated January 7, 2016: 1) In his address to the nation after the Planned Parenthood attack, Obama claimed:  “I say this every time we’ve got one of these mass shootings: This just doesn’t happen in other countries.”

Senator Harry Reid made a similar statement on June 23rd: “The United States is the only advanced country where this type of mass violence occurs.  …

Evan DeFilippis and Devin Hughes have been repeating past criticisms of John Lott’s work and without ever bothering to let readers know that Lott has already responded to those points.  John Lott has written up a detailed response available below to the first two-thirds of their points in order that they were made.  …

John Lott was interviewed by Mark Davis, the substitute host on Fridays, about Obama’s comments on Charleston Church Shooting (Friday, June 19, 2015 from 7:05 to 7:16 AM).