CPRC in the New York Daily News: “The myth of American gun violence”

In the wake of the murders in Charleston, President Obama has made more exaggerations and false claims about gun violence in America. He made two public addresses this past week — one to the nation on Thursday and one to the U.S. Conference of Mayors on Friday. On both occasions, he gave distorted impressions of how rates of violence in America compare with those in the rest of the world.

In his address to the nation, Obama claimed that, “We as a country will have to reckon with the fact that this type of mass violence does not happen in other advanced countries. It doesn’t happen in other places with this kind of frequency.”

But Obama overlooks Norway, where Anders Behring Breivik used a gun to kill 67 people and wound 110 others. Still others were killed by bombs that Breivik detonated. Three of the six worst K-12 school shootings ever have occurred in Europe. Germany saw two of these — one in 2002 at Erfurt and another in 2009 at Winnenden. The combined death toll was 34. France and Belgium have both faced multiple terrorist attacks over the past year.

After adjusting for America’s much larger population, we see that many European countries actually have higher rates of death in mass public shootings.

Let’s look at such mass public shootings (four or more people killed, and not in the course of committing another crime) from 2009 to the present. To make a fair comparison with American shootings, I have excluded terrorist attacks that might be better classified as struggles over sovereignty, such as the 22 people killed in the Macedonian town of Kumanovo last month. 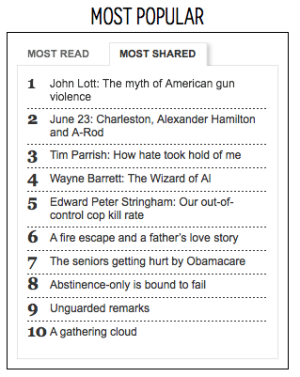 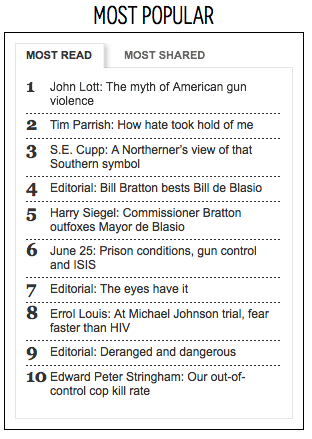 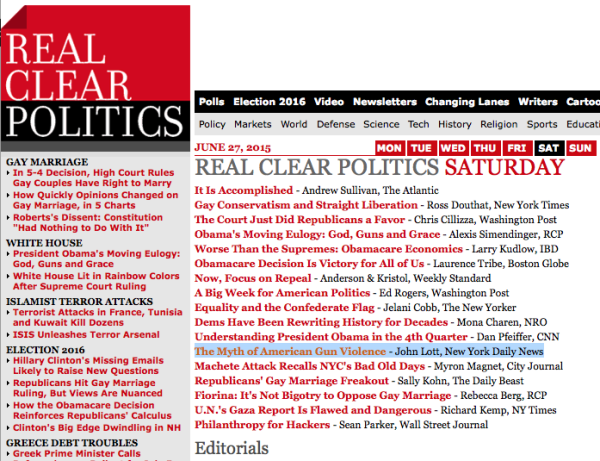 UPDATE Friday, June 26th:  Several letters to the editor responding to the my op-ed were published in the New York Daily News.  None of the letters defend President Obama’s quotes.  The first letter argues that other factors may explain Switzerland’s low murder rate and Russia’s high rate.  I couldn’t agree more, but I was responding to Obama’s claim.   Instead, I would normally make a different comparison looking at countries before and after a change in the laws.   The response to the third letter is similar.