CPRC at Fox News: “Baltimore riots and the price of protest” 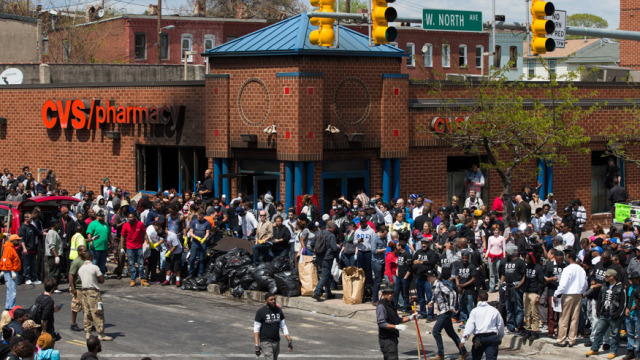 People have the right to protest, but too many politicians are afraid or unwilling to stop looting and rioting.  The dividing line between liberals and conservatives could hardly be starker.

When the St. Louis Grand Jury reached its decision in Officer Wilson’s shooting of Michael Brown, Democrat Missouri Governor Jay Nixon ignored calls from Ferguson’s mayor and kept the National Guard away from the initial violence.  As Lt. Gov. Peter Kinder complained: “[The National Guard]were kept away at the crucial time while Ferguson burned.”  The rioting and destruction was hardly a surprise.

Likewise, in Baltimore, Mayor Stephanie Rawlings-Blake has evoked controversy over her own slow response to the violence.  She claims that she was misunderstood when she announced on Saturday: “I worked with the police and I instructed them to do everything that they could to ensure that the protestors could exercise their right to free speech.  It is a very delicate balancing act because while we tried to make sure that they were protected from the cars and the other things that were going on, we also gave those who wished to destroy space to do that as well.  And we worked very hard to keep that balance and to put ourselves in the best position to de-escalate.”

Rawlings-Blake may not have meant what she said about giving “those who wished to destroy space to do that,” but her statement was clear enough.  In addition, her pattern of slow responses continued through Monday.  Despite all the damage, the mayor didn’t even put in the required request for the National Guard until 7 PM Monday evening.

Reportedly the mayor and police commissioner thought that they had the situation under control and worried that the National Guard would provoke the rioters.

“When the mayor called me, which quite frankly we were glad that she finally did, instantly we signed the executive order. We already had our entire team prepared,” Governor Hogan said. “We were trying to get in touch with the mayor for quite some time, she finally made that call and we immediately took action.”
. . .

The rest of the piece is available here.
Click on screenshot to enlarge. 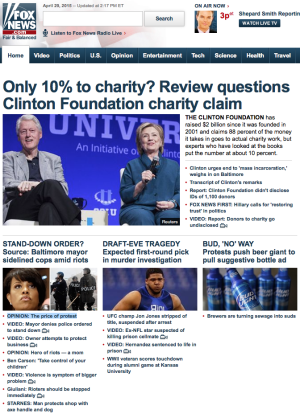