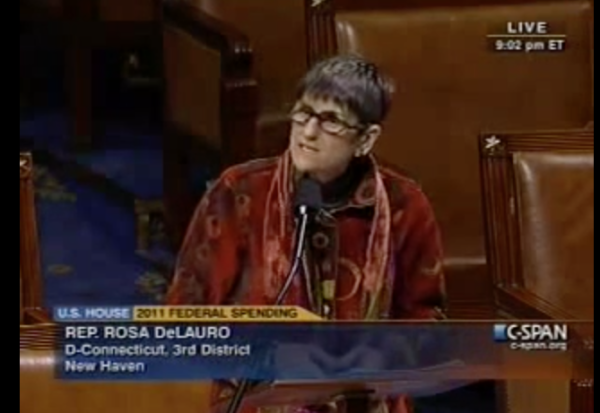 Gun control advocates introduced a bill in April that only gun control supporters could love. Connecticut Democrat Rep. Rosa DeLauro is so serious about getting so-called assault weapons off the street that she is offering $2,000 tax credits for each gun that people turning in  limit one per year.

According to her, assault weapons are not about hunting, or even self-defense. There is no reason on earth, other than to kill as many people as possible in as short a time as possible, that anyone needs a gun designed for a battlefield.

She believes that offering $2,000 a gun will ensure guns will be turned in.  She is correct that people would turn in guns, that is old, non-working guns or guns bought cheaply and then make a profit turning them in.  After all, many brand new assault weapons sell for less than $700.

Gaming the gun buyback system has pretty much become standard fare these days. There are also plenty of stories featuring people buying BB guns from a nearby Walmart and turning them in.

A better name for the “Support Assault Firearm Elimination and Education of our (SAFER) Streets Act would be the “Full Employment Act for Gun Makers.” . . .