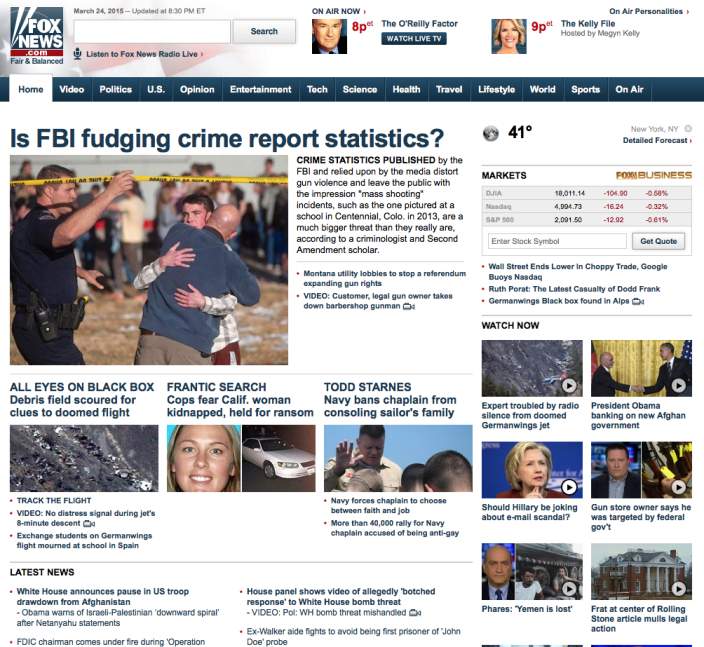 The Fox News story is available here.  If you are interested in reading our original report that will be published this week in the Academy of Criminal Justice Sciences Today, please download it here.  Right now the coverage of our report is at the very top of the Fox News website.

UPDATE AND ANALYSIS: There was an error in the Foxnews.com piece where it indicated our report said that the FBI had not made clear they were including so-called “active” shooter cases in the cases. Indeed, the first sentence in the abstract notes: “An FBI report released on September 16th, 2014 makes the assertion that active shooter attacks and deaths have increased dramatically since 2000 – both increasing at an annual rate of about 16 percent.” On the study’s first full page in the introduction we clearly note: “While the FBI report provides graphs illustrating “active shooting incidents,” not mass shootings, the media has understandably interpreted the report as implying that mass public shootings have similarly increased.” How could one read that and think we claimed that the FBI wasn’t acknowledging the “active shooting” cases?

Media Matters launched one of its typical attacks on our research: “Lott, who often manipulates statistics to push a pro-gun agenda and is the inventor of the discredited “more guns, less crime” hypothesis, attacked the report in The New York Post last year with the false claim that the “FBI study discusses ‘mass shootings or killings.'” Based on this false premise, Lott wrote that several of the incidents in the FBI report don’t meet accepted definitions of mass shootings and therefore the report was “bogus” and being “used to promote a political agenda.””

Yet, the New York Post piece noted: “The FBI counted 160 “mass” or “active” shootings in public places from 2000 to 2013. . . . . For example, in 2010, the FBI reports that there were 29 of these active shooter cases, but just nine involved more than a single fatality.” Thus it was made clear that there were both “mass” or “active” shootings in the FBI report and even broken down that the “active” shooter cases involved 9 cases in one year where only one person was killed. So again, how is Lott’s New York Post piece asserting that the FBI only report only looked at “mass shootings.”

Media Matters completely ignores the substance of our report: the list of 20 mass shootings that the FBI missed, the problems in finding these “active shooter” cases and the biases resulting from including them, and the issue of the starting and end dates used.

There was an error in the Fox & Friends First segment. The point wasn’t that the FBI has twice as many mass shootings as there actually were. The point was that if you took the years that the FBI picked the growth rate by year in public shootings was actually half what they were claiming (however, I can understand why some might be confused by levels versus growth rates). If you looked at a longer time horizon, there was really no increase over time in shootings. 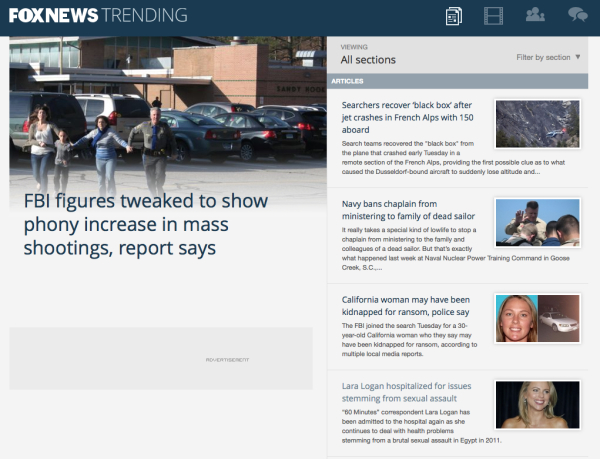 The story has been picked up and covered by Western Journalism, PJ Media, BearingArms.com, and ticklethewire.com.