At 41:10 into this Q&A session in Aspen, Colorado last week, Michael Bloomberg made this claim about who the criminals are

First thing is . . . 95% of your murderers and murder victims fit one MO. You can just take the description, xerox it, and pass it out to all the cops,” said Bloomberg at an event in Aspen, Colorado in February 2015. “They are male, minority, 15 to 25. That is true in New York. That is true in virtually every city.… That is what Stop and Frisk is all about.… Put the cops where the crime is. . . . And the way you get the guns out of the kids’ hands is to throw them up against the walls and frisk them.”

The problem isn’t just that Bloomberg’s numerical claims are false, but that someone who oversaw law enforcement in New York City may have actually believed that virtually all murderers are young blacks.  The fact that Bloomberg ties this in with Stop and Frisk in the same answer creates very unfortunate  racist overtones to that enforcement method.   The data from the FBI Uniform Crime Reports isn’t even close to this.  The media focused on Bloomberg’s discussion on marijuana, not who commits crime.

It is amazing that someone who oversaw law enforcement in New York City could really believe that virtually all murderers are young minorities. By tying this in with Stop and Frisk in the same answer, Bloomberg creates racist overtones to that enforcement method. The data from the FBI Uniform Crime Reports aren’t at all in line with Bloomberg’s 95% figure.

If you were to xerox the description that Bloomberg gives, you are going to be falsely identifying a lot of minorities as criminals. 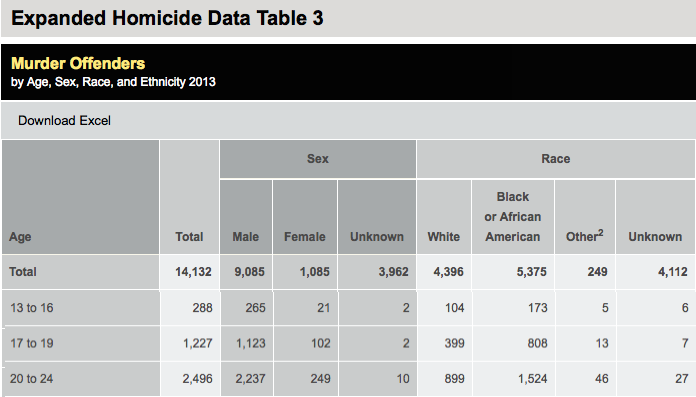 Bloomberg is no more accurate when it comes to the ages of murderers. It is true that young people are responsible for a disproportionate share of these crimes, but the numbers are nowhere close to what Bloomberg claims. Just over 28 percent of murderers are between 13 and 25 years of age. At least 35% of 13 to 25-years-old murderers are white.

UPDATE: Bloomberg apparently feels threatened enough to have his lawyers taken down a video of the talk.  From the Daily Caller:

. . . Perhaps because of that response, Bloomberg, who founded the massive Bloomberg L.P. media empire, has asked both the Aspen Institute and GrassRoots TV, the company that filmed the event, to refrain from broadcasting footage of the talk, according to The Aspen Times.

“We basically honor the wishes of our speakers and Mayor Bloomberg preferred that we not use the video for broadcast,” Jim Spiegelman, chief external affairs officer for the Aspen Institute told The Aspen Times. “He did not give a reason nor did we have any reason to ask for one. We often feature speakers who prefer that their presentations not be videotaped.”

GrassRoots TV executive director Jim Masters was not necessarily pleased with the request — which he called “frustrating” — but will still comply. . . . 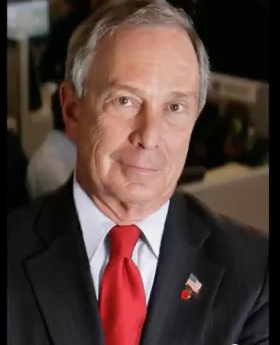