UPDATED: Why we shouldn’t depend on mental health professionals to detect mass killers: Elliot Rodger’s slipping “under the radar” is hardly rare 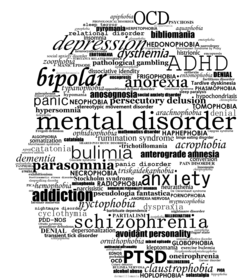 Frequently, the proposed solution to these mass shootings is to simply spend more money on mental health.

MAJOR GARRETT: . . . Do you believe the legislation the Senate did not pass would have made any difference in this case [the Elliot Rodger’s shooting]?

SENATOR RICHARD BLUMENTHAL: The legislation that failed to pass–it got support from fifty-five senators–would have provided a mental health initiative with more resources, greater ability for the Santa Barbara police to intervene–to use the sheriff’s word–to have professionals trained in diagnosing and detecting this kind of derangement.

Indeed, California, Colorado and Oregon — sites of the three most recent mass public shootings — already have such laws in place.

Despite several years of the billionaire former New York City mayor Michael Bloomberg and others spending hundreds of millions attacking the National Rifle Association, a new Gallup poll shows that people who don’t own guns have a favorable opinion of the NRA (by 7 percentage points).

John Lott debated Adam Winkler on Larry Mantle’s show about Winkler’s claim that demographic changes imply that the decline in support for gun ownership is “inevitable” (Tuesday, October 20, 2015 from 2:15 to 2:45 PM EDT).

John Lott’s latest piece at Investor’s Business Daily responds to a recent op-ed by Adam Winkler in the Washington Post.  Another version of this appeared in the Pittsburgh Tribune Review and is provided below.  Lott’s piece is as follows:

Gun ownership is greatest among rural whites, a group whose voting power is diminishing.

The audio of the discussion on KPCC is available here.

Where should people be allowed to bring their guns? What will the impact of looser regulations be at the state and national level? How would a program that allows nationwide concealed weapons work? What are the potential risks and benefits?