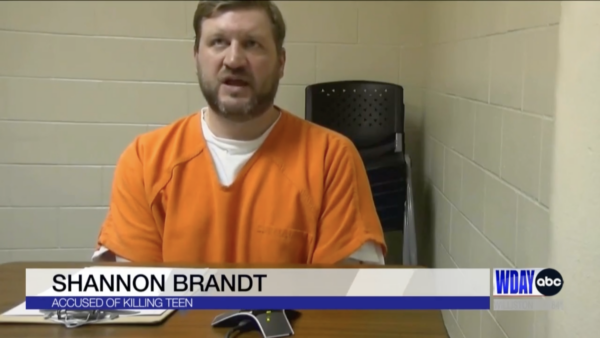 Suppose a Republican ran over a young Democrat with his car because he viewed the teenager as an “extremist Democrat.” What would the national news coverage on that be? What would the reaction be if a Republican president had recently made statements such as “Donald Trump and the MAGA Republicans represent an extremism that threatens the very foundations of our republic” or “there is no question that the Republican Party today is dominated, driven, and intimidated by Donald Trump and the MAGA Republicans, and that is a threat to this country.” Or, as Politico describes, Biden “Calling out those he labeled as ‘extreme’ Republicans, Biden said: ‘It’s not just Trump, it’s the entire philosophy that underpins the — I’m going to say something, it’s like semi-fascism.’” Would the national media hold Republicans responsible for that violence?

“He was the one who called 911 to report the crash,” said North Dakota Highway Patrol Capt. Bryan Niewind.

Court papers show Brandt called 911 around 2:30 a.m. Sunday and told the 911 dispatcher that he just hit Ellingson, claiming the teen was part of a Republican extremist group and was calling people to come get Brandt after a political argument. . . .

Police say Brandt was drunk when he hit and killed Ellingson with his SUV in an alleyway. . . . .

The North Dakota man who allegedly admitted to fatally striking a teenage pedestrian with his car because the pair had “a political argument” was released from jail on Tuesday after posting $50,000 bond, records show.

Shannon Brandt, 41, spent just days in a Stutsman County Jail on criminal charges related to the death of 18-year-old Cayler Ellingson before he posted his $50,000 bond and was released, according to county jail records.

← On Epoch TV with Larry Elder about Record-Keeping in Elections and President Biden's Philly Speech On Alabama's WERC-AM with JT: To Discuss the New Research about Voter Fraud →