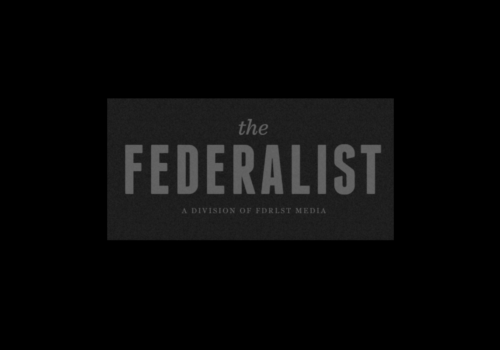 Dr. John Lott has a new piece up at The Federalist on New York defying the Supreme Court decision in Bruen.

The Supreme Court has ruled against arbitrary and unfair permitting processes, but New York officials seem intent on dragging their heels.

New York’s new gun control law takes effect in two weeks. The law turns New York into a giant “gun-free zone.” But it also requires an in-person interview with law enforcement and the sharing of all social media accounts to obtain a gun license.

Supreme Court Justice Clarence Thomas’s opinion in Bruen stressed the importance of “objective” standards for gun permits, ones that don’t require “the exercise of judgment, and the formation of opinion.” He also noted that “there is no historical basis for New York to effectively declare the island of Manhattan a ‘sensitive place’ simply because it is crowded and protected generally by the New York City Police Department.” New York’s default position is that all private property is off-limits to lawful concealed carry unless the property owner notes “by clear and conspicuous signage” that guns are welcome.

There is no “chaos” coming our way. Since 1976, 18 states have eliminated subjective “proper cause” requirements, which require convincing a government bureaucrat of one’s need for a permit, in favor of “right-to-carry” policies. In these and other states, concealed handgun permit holders have proved extremely law-abiding. No right-to-carry state has ever even held a legislative hearing to consider moving back to a “proper cause” requirement. Over time states have also eliminated their gun-free zones as they have seen predictions of disaster not occurring.

But some people will just never be convinced that regular Americans can be trusted with firearms. During oral arguments in Bruen, Supreme Court Justice Stephen Breyer speculated: “People of good moral character who start drinking a lot and who may be there for a football game or—or some kind of soccer game—can get pretty angry at each other. And if they each have a concealed weapon, who knows?”

With 21.5 million permit holders and laws in place for many decades, Breyer’s scenario should have played out at least once. But there isn’t a single recorded incident like it.

In Florida and Texas, permit holders are convicted of firearms-related violations at one-twelfth the rate of police officers. The average revocation rate is 0.1% in the 19 states with comprehensive data. Usually, permit revocations occur because someone moved, died, or forgot to bring a permit while carrying.

Concealed carry comes with extensive crime-fighting benefits. Academics have published 52 peer-reviewed, empirical studies on concealed carry. Of these, 25 found that allowing people to carry reduces violent crime, and 15 found no significant effect. Twelve studies observed increased violent crime after adopting concealed carry. But those are the only studies that Justice Breyer cited in his dissenting opinion, and they all suffer to varying degrees from systematic error. They overwhelmingly focus on the last 20 years and compare states that recently passed concealed carry laws with more lenient states that had passed concealed carry laws before that and sustained a much larger growth in permits over the past two decades. The finding that crime rose relatively in the later states that issued comparitively few permits is consistent with permit holders reducing crime.

The media capitols of California and New York are out of sync with the rest of the country. In those states, where public officials had the discretion to decide who could receive a carry permit, only a few adults out of every thousand have one. Most permit holders reside in rural counties.

In the rest of the U.S., 10 percent of adults have permits. People in most states don’t think twice about being surrounded by citizens carrying in movie theaters, restaurants, malls, and stores. In Pennsylvania, more than 14 percent of adults have permits. In Connecticut, it is 10 percent. In Vermont, no permit is needed. But most New Yorkers don’t fear for their lives when they cross their border with Pennsylvania, Connecticut, or Vermont.

Only Politically Connected Allowed to Carry

In 2013, Los Angeles County released a list of its 341 permit holders (out of almost 8 million adults). Only the political elite got permits: judges, reserve deputy sheriffs, and a small group of very wealthy, well-connected individuals who gave campaign donations to the county sheriff.

While Hispanics made up over half of Los Angeles County residents, they only received about 6.5 percent of the county’s permits. Women obtained about 7 percent of permits, and blacks 5 percent. In right-to-carry states, women have 29 percent of the licenses, and blacks have 12 percent. While detailed lists aren’t available for New York City, the story appears to be the same — only the most politically connected are allowed protection.

Where officials decide who gets permits on a discretionary basis, explicit death threats often aren’t even enough to qualify. Living in a high-crime neighborhood is irrelevant.

The Supreme Court has ruled against arbitrary and unfair permitting processes, but New York officials seem intent on dragging their heels. They will soon see that there was nothing to fear all along.