Only 15.6% of likely voters think that strict gun laws in most major cities are making the retail crime surge better 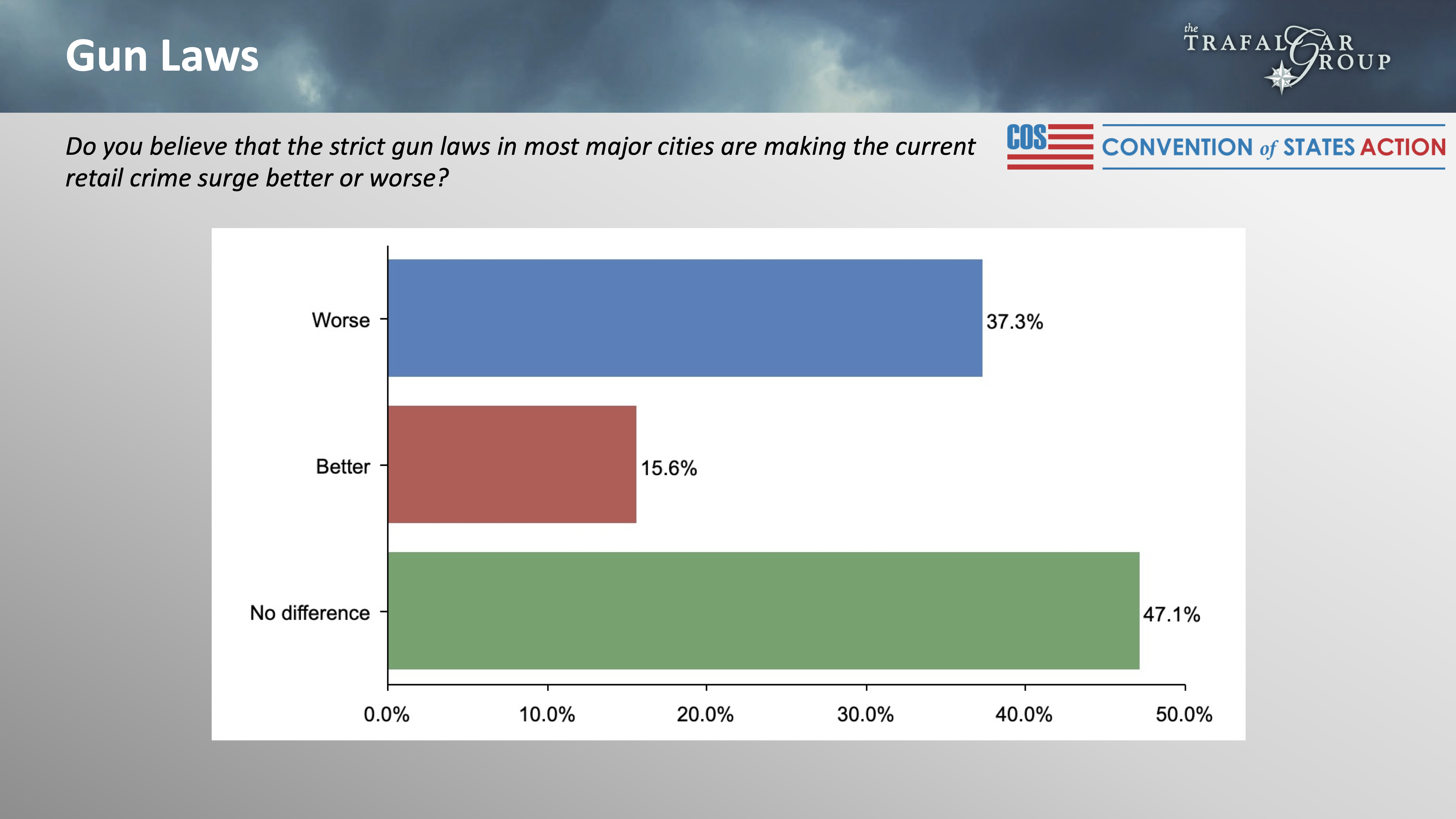 A new poll by the Trafalgar Group of 1,076 likely general election voters from December 17th to the 21st shows that large numbers of likely Democrat, Republican, and independent voters find strict gun laws ineffective or even harmful. While a plurality thinks that gun control laws make no difference, voters are more than twice as likely to think that strict gun control laws make crime worse than make things better.

Even though Democrats are most sympathetic to gun control, only 30.1% of them think that gun control is making the current surge in crime better. That compares to only 7.3% of Republicans and 9.8% of Independents. The survey results are interesting, but they would be even more useful if they asked people about violent crime generally and not retail crime.

← On the Chosen Generation: Reviews everything from the Kyle Rittenhouse and Aubrey cases to Oxford High School Shooting Texas Audit in Four Counties Finds Over 11,000 Potential Non-Citizens Registered to Vote, Other Problems →