A new Quinnipiac University Poll shows that Americans oppose stricter gun control laws by a 49% to 45% margin. As we have pointed out with a new Gallup poll, the partisan divide on this issue has never been so large. With Gallup, 91% of Democrats and 24% of Republicans support stricter laws. With Quinnipiac, 91% of Democrats support stricter regulations and only 13% of Republicans. Most Independents also oppose more stringent gun control regulations by a 54% to 39% margin (for Gallup, 53% to 45% oppose stricter regulations).

Interestingly, with concerns that Democrats are losing rural, blue-collar voters, while those who live in a city support more gun control (43% to 53%), those living in rural areas are even more strongly against them (64% to 29%). Whites oppose more gun control, blacks strongly support more regulations, but Hispanics are evenly divided. By age group, the only group that supports more regulations are those over 65 years of age.

The results from the Gallup and Quinnipiac surveys show that Democrats aren’t likely to rethink their support for more gun control.

On the other side, when asked if there should be restrictions on gun owners who want to carry guns in public places, 62% to 33% margin adults say “yes,” but the problem with this is how vague the question is. Even Constitutional Carry states (where permits are not mandated) require that someone has to be law-abiding and legally own a gun to carry one. 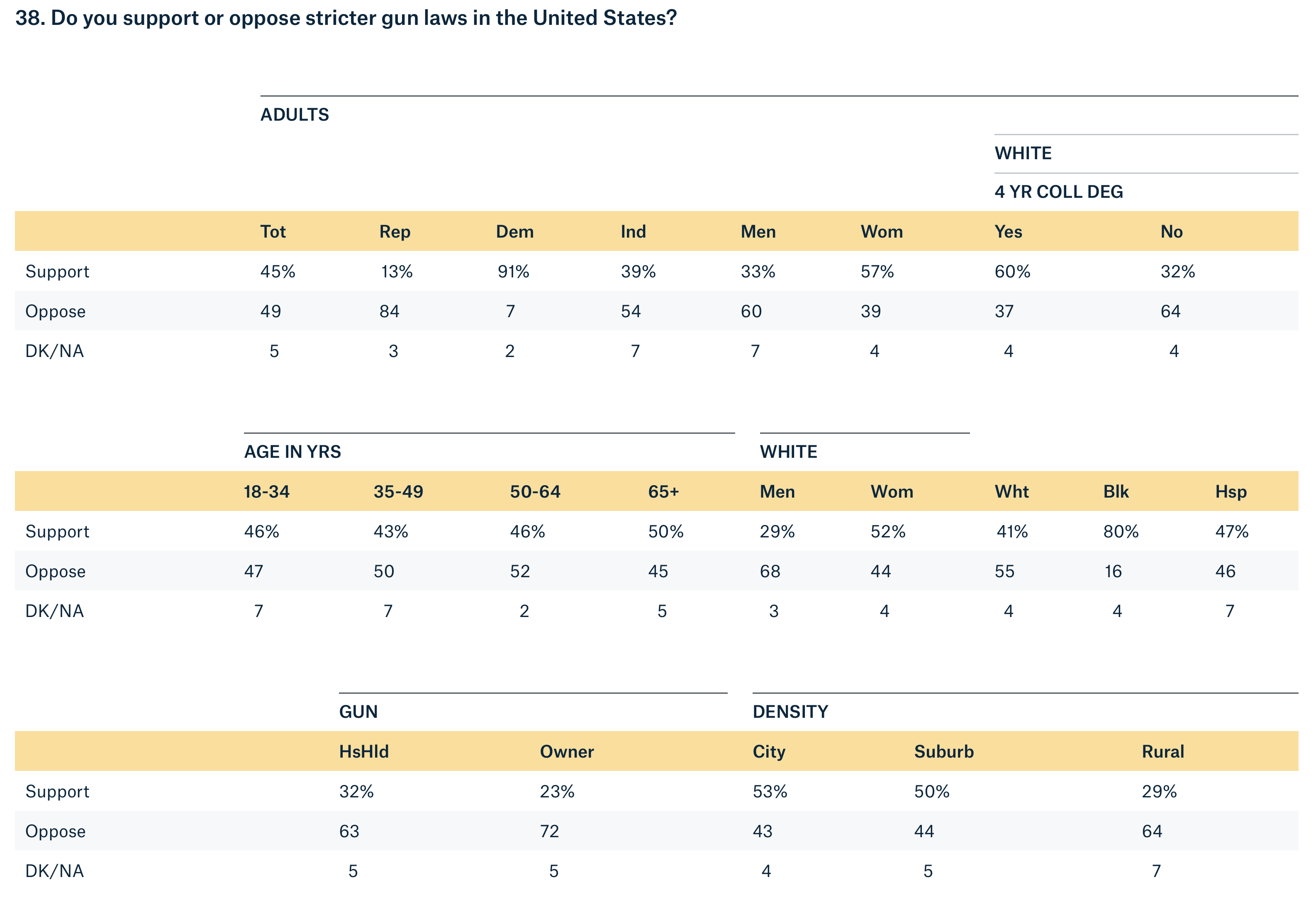 ← On Pittsburgh's John Steigerwald Show: What happened at the US Supreme Court hearing on New York's Concealed Handgun Law On the Larry Elder Show: Discussing the misinformation about defensive gun uses →