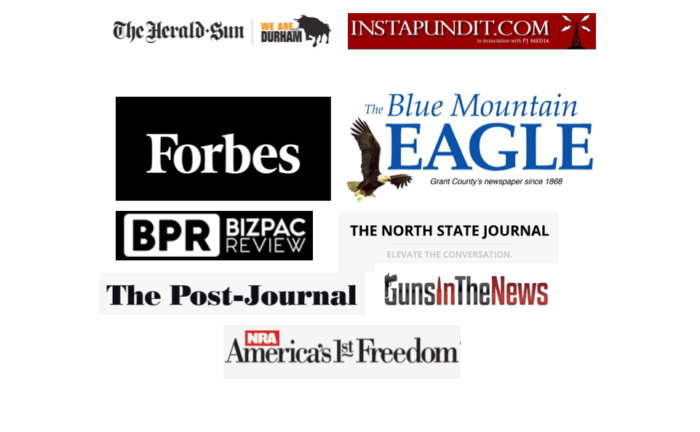 “Most developed countries ban absentee ballots unless the citizen is living abroad or require Photo-IDs to obtain those ballots,” noted an August 2020 study by John Lott with the Crime Prevention Center. “Even higher percentages of European Union or other European countries ban absentee for in country voters…France banned absentee voting in 1975 because of massive fraud in Corsica, where postal ballots were stolen or bought and voters cast multiple votes. Mail-in ballots were used to cast the votes of dead people.” . . .

“Of 47 nations surveyed in Europe — a place where, on other matters, American progressives often look to with envy — all but one country requires a government-issued photo voter ID to vote,” Lott pointed out in June. “The exception is the U.K., and even there voter IDs are mandatory in Northern Ireland for all elections and in parts of England for local elections.”

France isn’t the only country that has changed election law in response to instances of voter fraud. Lott also highlights the experience of Northern Ireland:

“In Northern Ireland, where a bitter sectarian conflict extends to hardball electoral machinations, voter fraud has been described as ‘widespread and systemic’ on all sides. Both Conservative and Labour governments instituted reforms to quell it. In 1985, the U.K. started requiringidentification before ballots could be issued. This proved insufficient. A 1998 Select Committee on Northern Ireland report found that medical cards used as IDs after the 1985 law could be ‘easily forged or applied for fraudulently,’ thus allowing non-existent people to vote. By 2002, the Labour government made voter identification cards much more difficult to forge, and used the more secure ID and other rules to prevent people from registering to vote multiple times. These anti-fraud provisions led to an immediate 11% reduction in total registrations — a suggestion to Labour of the extent of earlier fraud.” . . .

SEE JOHN LOTT ON C-SPAN’S BOOK TV,talking about his book, Gun Control Myths: How politicians, the media, and botched “studies” have twisted the facts on gun control.

The Crime Prevention Research Center spotted some interesting details in the poll, including pro-ID demographics and about the motivation behind those who are anti-ID:Ads by

Among the most interesting is that 72% of black likely voters and 79% of those who are neither white nor black support photo voter IDs. Indeed, support among whites and blacks is virtually identical. Regarding the claim that voter IDs discriminate again, the poor and least educated show the highest levels of support…Even a plurality of Democrats (61%), liberals (48%), those who strongly approve of Biden (54%), and those who think that it is “not at all important” support photo voter IDs (48%)…

By a wide margin, likely voters suspect the motives of those who oppose photo voter IDs, with 42% of likely voters saying that they “strongly agree” and another 18% “somewhat agree” that “opponents of requiring a photo ID to vote just want to make it easy to cheat in elections.” Only 19% strongly disagree or 10% somewhat disagree with the statement.

According to survey data, it is nearly unanimous among voters from all backgrounds that vote fraud needs to be prevented.

Stein went on to cite homicide rates in Missouri, claiming that “Two years after Missouri’s permit to purchase law was repealed, the firearm homicide rate spiked by 25%, and the firearm suicide rate went up by 14%.” . . .

Valone said that what is most disingenuous about Stein’s statement is his claim that Missouri homicides increased after repealing its purchase permit law.

“In truth, as demonstrated by the Crime Prevention Research Center, Missouri homicide increased by 32% in the five years prior to repealing the law, and then dropped by 15% after the repeal,” Valone pointed out. “Although it was higher after repeal than five years prior, it was actually lower than just before repeal.

Crime researcher John Lott is blunt: “More lives will be lost than saved if everyone locks up their guns.” Indeed, he notes, in states with gun-lockup laws, “there were 300 more total murders and 4,000 more rapes occurring each year.” Part of the reason? Aware of such laws in their jurisdictions, says Lott, “criminals become more emboldened to attack people in their homes.

If SB 554 is enacted, is there any doubt criminals will become equally emboldened here?

In the bill’s preamble, its sponsors seek to justify mandatory gun lockups by citing cases of Oregon children who have killed or injured themselves with unsecured firearms. And in Oregon and elsewhere, there are too many such incidents. But tragic as they are, says Lott, “so too is the much larger number of cases where people aren’t able to protect themselves and their families from criminals.”

Here’s some perspective. In 2017, reported the U.S. Centers for Disease Control and Prevention, 62 children between the ages of 1 and 14 suffered a fatal firearm accident. But the CDC also has noted this: “Almost all national survey estimates indicate that defensive gun uses by victims are at least as common as offensive uses by criminals, with estimates of annual uses ranging from about 500,000 to more than 3 million.”

. . . Dr. John Lott Jr. of the Crime Prevention Research Center was ABC’s July 19 speaker in a series of Monday afternoon ABC events in the Athenaeum Hotel this Chautauqua season.

And that was the title of his July 19 presentation.

Lott showcased two books – treatises may be a better word – that he has written on the subject.

His expertise wouldn’t fit onto a newspaper page, much less into a single column.

Hollywood, Lott observes, likes to produce movies with guns. But when it comes to the rights of individuals, Hollywood turns negative.

Lott is also wary of many academic studies and press reports comparing the United States to other countries.

For example, Lott notes that reports often confuse homicides with murders. Not all homicides are murders. Some homicides are justifiable. Few countries report murders. And few report firearm-related murders. . . .

Lott makes the case the FBI has a bias toward minimizing the importance of armed Samaritans in stopping active shooters.

“The very people that my research shows benefit the most from owning guns, the people who are most likely to be victims of violent crime—many of whom are minorities who live in high-crime urban areas—are prevented from buying guns because of these fees,” notes John Lott, president of the Crime Prevention Research Center.

Thus, the Left’s ongoing campaign to weaponize lawsuits would drive up costs further, making the purchase of a gun unattainable to many.

“High fee requirements for firearm permits demonstrably affect firearm ownership rates. In Indiana, 20.3% of adults have a concealed-handgun permit; in contrast, neighboring Illinois has a rate of just 3.3%,” Lott said. “This dramatic difference is because until last year, the total cost of obtaining a concealed-handgun permit in Indiana was $50, while in Democrat-controlled Illinois, the total cost was at least $400.”

Furthermore, Lott emphasized, in Indiana, urban minorities who often live in high-crime areas (and who stand to benefit the most from concealed carry) commonly have permits. Illinois permit holders, on the other hand, are overwhelmingly affluent, suburban white males. . . .