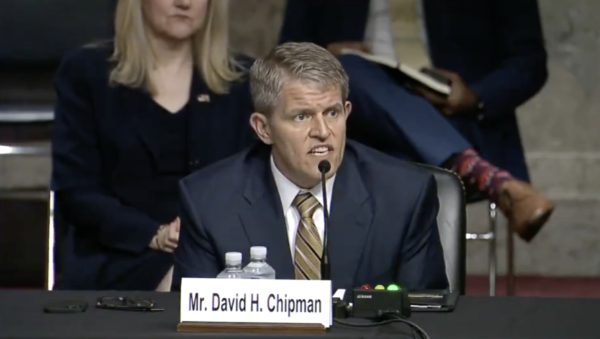 The Senate Judiciary Committee is voting on Biden’s BATF nominee David Chipman on Thursday. Predictit, the online betting site, has the odds strongly favoring him being defeated and not getting approved by the Senate. Members of the BATF are concerned Chipman, who has worked for Michael Bloomberg’s gun control groups and the Giffords Law Center, is too biased to head the agency. In Chipman’s testimony he refused to define what an assault weapon was and he wanted the National Firearms Act, with the $200 fee and nine months plus that it takes to go through the approval process, applied to the AR-15s and other rifles.

Several former and current members of the Bureau of Alcohol, Tobacco, Firearms and Explosives (ATF) are sounding the alarm against President Biden’s nomination to lead the agency.

Former ATF Director Michael Sullivan, as well as a current ATF member involved in training and a retired ATF deputy director who wished to remain anonymous out of fear of retaliation, expressed concern that Biden’s nominee is too political to lead an unbiased agency.

“I am concerned that somebody who has taken such a strong and hostile position against the Second Amendment, as well as gun owners and some of the most popular firearms in the United States, would be viewed as a political leader for an agency that, I think, has worked extremely hard to build the American public confidence in its handling of interpreting both the Gun Control Act and the various regulations around it,” Sullivan told Fox News.

Chipman has other issues.

Chipman admitted that at least two Equal Employment Opportunity Commission complaints had been filed against him while he was previously employed at ATF. . . .

complaints were filed against David H. Chipman while he was an agent in Detroit and involved allegations of professionally impermis- sible statements alleging inability of minority agents to succeed on standard exami- nations without cheating. . . .

As an aside, Chipman’s wife, an federal employee with the BATF, is an extreme ideologue and gun control advocate.