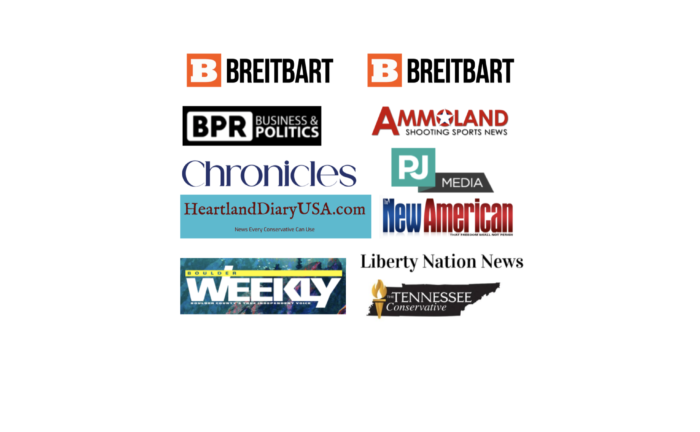 John Oliver also failed to mention how black Americans in some of America’s most dangerous neighborhoods benefit from Stand Your Ground Laws.

As John Lott noted, “Blacks living in high-crime urban areas are the most likely victims of violent crime and the most likely beneficiaries of Stand Your Ground laws.” . . .

Kaepernick first became known as a Super Bowl quarterback for the 49ers, but he became controversial when he began kneeling during the playing of the national anthem in 2016 to draw attention to what he claims is systemic racism against black men within police departments — an allegation that is not borne out by federal statistics, according to criminologist John R. Lott Jr.

In an April column, he also reported that blacks are not thrilled with ditching police, citing various studies and other data.

A July 2017 Quinnipiac University poll in New York City found that blacks strongly support the cops in their neighborhoods — 62% approved compared to just 35% who disapproved. That approval rating was 11 percentage points higher than for the New York City Police Department as a whole,” he wrote. A subsequent 2020 survey by Monmouth University found that nearly three-quarters of both blacks and whites (72 percent) overall are satisfied with their police.

Lott also pointed out that blacks report violent crime to police at higher percentages than whites or Hispanics.

“It is a dangerous fiction that prejudiced white officers are going out and disproportionately killing black men. But that doesn’t mean that measures can’t be taken to reduce shootings by police,” Lott added. . . .

Work by the Crime Prevention Research Center compared cities where whites are killed to cities where blacks are killed, and found the latter exhibit higher rates of violent crime on average. . . .

Likewise, a 2015  Philadelphia Police Department study found that black officers were 67 percent more likely than their white peers to mistakenly shoot an unarmed black suspect. John Lott is the latest researcher to confirm these results. . . . .

Lipton Matthews, “The Five Myths of Systemic Racism in Policing,” Chronicles, May 17, 2021.

During the second term of the Obama Administration Breitbart News noted women were getting concealed carry permits at twice the pace of men. The Crime Prevention Research Center released a study showing, “The number of women with permits has increased twice as quickly as the number of men with permits.”

Las year, John Lott, who was hired by the Justice Department as senior adviser for Research and Statistics at the Office of Justice Programs, published a study concluding that  “there were 70,000 to 79,000 ‘excess’ votes in Georgia and Pennsylvania,” that tipped those elections to Joe Biden.

Finally, gun-free zones must be abolished. According to the Crime Prevention Research Center, about 94% of mass shootings occur in gun-free zones. They don’t work. The solution that moves the needle on gun violence in a positive direction is freedom — not violating rights

You won’t hear about this story from the national media. Heck, you won’t hear about it from most of the Montana media, but it is a huge story that shows just how widespread voter fraud may be. This was published first at Real Clear Investigations, the sister publication of Real Clear Politics, where I publish a column every other week. Rather than try to summarize the shocking revelations of voting irregularities in Missoula County in the Nov. 3 election, I am reprinting the original article in full, according to the policy of Real Clear Investigations. We must demand that the Montana Legislature do something about this to prevent fraud in future elections.

Unfortunately, it seems Menendez has neither read nor understood American history or the Constitution. History has repeatedly shown that more guns equal less crime (hat tip to John Lott of the Crime Prevention Research Center for proofs). And the Constitution “gives” no sovereign citizen any rights. Instead, it guarantees those rights he already has as a sovereign citizen.

Bob Adelmann, “Constitutional Carry Gets Another Boost, This Time from Texas,” The New American, May 6, 2021

Nikki Goeser is Executive Director of the Crime Prevention Research Center and a victim/survivor of a violent crime.

Nikki testified before the U.S. Senate Judiciary Subcommittee on the Constitution about her concerns with red flag laws and how gun-control laws can have unintended consequences that can impact good people.

Nikki explains how victims of violent crime could end up flagged and unable to protect themselves, compounding their fears and what is already a very difficult situation for them.

According to famous gun researcher John Lott, 98% of all mass shootings since 1950 have taken place in gun-free zones. . . .

James Fite, “Is gun control just common sense – or a way for the powerful to prey on the panic of the masses?, Liberty Nation News, May 15, 2021.

As an aside, don’t expect British import Oliver to ever tell his viewers that “blacks benefit the most from Stand Your Ground laws.” Per economist, and author John Lott:

“Blacks may make up just 16.6 percent of Florida’s population, but they account for over 31 percent of the state’s defendants invoking a Stand Your Ground defense. Black defendants who invoke this statute to justify their actions are acquitted 8 percent more frequently than whites who use that same defense.”