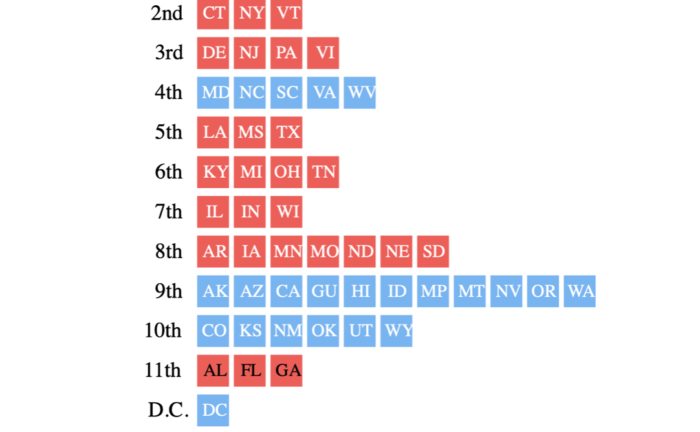 While President Biden’s commission on what changes should be made to the US Supreme Court has gotten the most attention, Democrats are also promising to increase the number of federal Circuit and District court judges — also known as packing the courts. Trump was just able to bring the Federal lower courts into rough political balance. When Trump was inaugurated Democrats controlled the Circuit Courts by a nine-to-four margin. Now Republicans control by a seven-to-six margin, but the Democrats still control the two most important courts: the District of Columbia Circuit that controls all regulatory issues (they control that by a seven to four margin) and the 9th Circuit (which covers the most states (nine) and by far the largest total population of any Circuit.

Biden’s commission on packing the Supreme Court is termed by Senate Majority Leader Chuck Schumer as “the big one.” The notion of Biden appointing a commission where he knows the views of most of the panel before they are appointed is a charade.

The commission’s two co-chairs are both Democrats: Biden campaign’s lawyer Bob Bauer and Cristina Rodríguez, a professor at Yale Law School and a former deputy assistant attorney general in the Obama Department of Justice.

For example, one likely appointee Caroline Fredrickson, a past president of the left-wing American Constitution Society, voiced support for potentially expanding the Supreme Court.

“I often point out to people who aren’t lawyers that the Supreme Court is not defined as a ‘nine person body’ in the Constitution, and it has changed size many times,” Fredrickson noted in a 2019 interview.

The one Republican mentioned so far for the commission, Jack Goldsmith, did not support Trump and is a friend and co-author of Bauer. 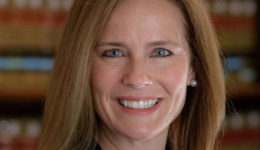