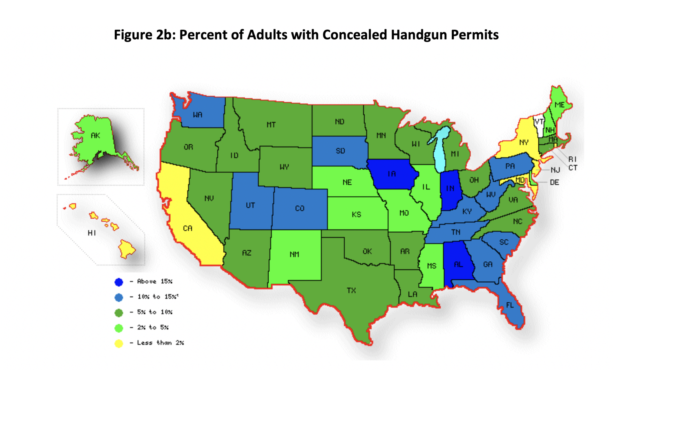 New Concealed Carry Report For 2020: 19.48 Million Permit Holders, 820,000 More Than Last Year despite many states shutting down issuing permits because of the Coronavirus

A copy of our newest report is available here (please download). Copies of our annual reports from 2014 through 2019 are available here.

UPDATE: Some more recent data is shown at the bottom of this post and shows that the number of permits have increased by 681,246 since the last report was released. There are now clearly over 20 million permit holders.

Ohio data is available here. There are about 700,000 people had concealed handgun permits at the end of 2020, a 75,000 increase over the previous year.