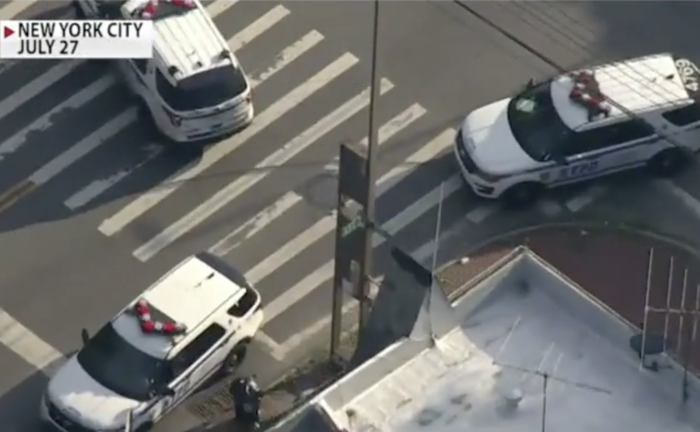 With shootings in New York City in July up 177% over what they were a year ago, stories such as this one on the bail system in New York as well as moves to defund the police help explain the increase. In a previous era, a felon in possession of gun would have required bail, but not these days.

An alleged gang member in New York City was involved in three drive-by shootings just weeks after he was released without bail following an attempted murder arrest, according to reports. . . .

“The defendant’s violent spree over the last year has left at least seven individuals with gunshot wounds,” federal prosecutors wrote in July 29 court papers. “The defendant is extraordinarily violent by any measure and he has shown total disregard for the lives of others.”

Court papers show Sutton was previously convicted on March 9, 2015, for assault with intent to cause bodily injury. He was sentenced to two years in prison.

Sutton was arrested by federal law enforcement on July 29 and charged for possessing a weapon despite being a felon, according to multiple reports. He is being held at a federal jail in Brooklyn New York and faces up to a decade behind bars.

Stephanie Pagones, “NYC gang member involved in 3 drive-by shootings after being released without bail in May: report,” Fox News, August 5, 2020.