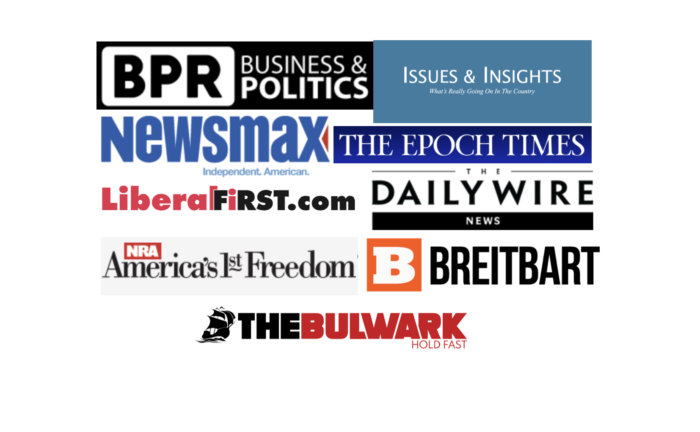 “A poll by [the] Pew [Research Center] helps to explain why there has been such a large increase in concealed handgun permits among blacks and women. The poll shows a 25 percentage point increase in the proportion of blacks with a favorable view of gun ownership. This is the largest increase of any group,” Lott, a criminologist and author of the book, “More Guns, Less Crime,” said.

A recent column by economist John Lott Jr. and Dr. Timothy Craig Allen, governor of the College of American Pathologists, describes how physicians are pushed to make COVID-19 diagnoses for powerful economic reasons.

“Some doctors feel pressure from hospitals to list deaths as due to the coronavirus, even when they don’t believe that is the case, ‘to make it look a little bit worse than it is.,’” Lott and Allen wrote. “There are financial incentives that might make a difference for hospitals and doctors. The CARES Act adds a 20% premium for COVID-19 Medicare patients.”

Gun control is the narrative pushed by the mainstream media, and it appears some outlets don’t disclose that their writers are also paid by anti-gun groups, including one owned by former New York City Mayor Michael Bloomberg.

John Lott, Jr. wrote about the issue for Real Clear Politics, explaining that various news outlets have hired people from one of a Bloomberg-funded gun-control organization known as The Trace.00:5500:56

“NPR, Politico, Time, and Scientific American are unlikely ever to pay an NRA employee to write news articles about gun control. But they have no problem hiring people who work for The Trace, a Michael Bloomberg-funded gun control organization. Even in the very hypothetical case that these publications did use an NRA-influenced article, they would undoubtedly include a disclaimer warning readers of the possible bias,” Lott wrote.

Yet The Trace is given preferential treatment. As Lott pointed out, NPR described The Trace as “an independent, nonprofit journalism organization dedicated to covering issues related to guns in America.”

When Lott told a senior writer at Scientific American that its contributing editor, Melinda Wenner Moyer, is also paid by The Trace to write regular articles for the outlet, the editor “insisted that none of his staff had a conflict of interest and that The Trace was a nonprofit newsroom.”

Economist John Lott, Jr. and Dr. Timothy Craig Allen, governor of the College of American Pathologists report that this financial incentive causes “some doctors to feel pressure from hospitals to list deaths as due to coronavirus . . . to make it look a little bit worse than it is.”

In fact, it was concern about vote-buying, a practice that “had been pervasive,” that “helped drive the move to the secret ballot, which U.S. states adopted between 1888 and 1950,” John R. Lott Jr. wrote in The Wall Street Journal.

“Secret ballots made it harder for vote buyers to monitor which candidates sellers actually voted for.”

economist John Lott Jr. and Dr. Timothy Craig Allen, governor of the College of American Pathologists, reported that this financial incentive causes “[s]ome doctors feel pressure from hospitals to list deaths as due to the coronavirus, even when they don’t believe that is the case, ‘to make it look a little bit worse than it is.’”

Though people, such as O’Rourke, like to repeat “statistics” that are created and pushed by groups like Michael Bloomberg’s Everytown for Gun Safety, the truth is it is difficult to compare murder rates in various nations, as different countries record them in vastly different ways. Many don’t even separate out murders committed with firearms.

“The popular press likes to compare crime rates in different places at the same point in time,” says Lott. “Gun-control advocates often compare the U.S. and the United Kingdom (U.K.), pointing out that the U.K. has both stricter gun control and lower homicide rates than does the U.S. Omitted is the fact that the U.K.’s homicide rate rose after its gun-control laws were enacted.”

Also, the U.K actually doesn’t count murders in the same way the FBI does. Often, murders in the U.K. are not counted unless someone was apprehended and convicted of the murder; whereas, the FBI counts unsolved murders in the year they occurred. There are many other discrepancies and differences in how the U.K. and the U.S. create these statistics.

“The countries with the highest homicide rates don’t even report firearm homicides, and these same countries have very strict gun-control regulations,” says Lott. “In Brazil, there are only 330,000 licensed firearm owners in a country of 152 million adults, just 0.22 percent of the adult population. But Brazil has a homicide rate that is more than five times that of the U.S. Only about 1% of Mexican adults legally own a gun, but Mexico has a homicide rate that also dwarfs the U.S. rate.”

A  2019 study from the Crime Prevention Research Center (CPRC) showed that 89 percent of mass shootings in the 21st century took place in gun-free zones. 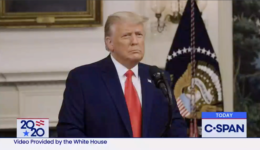 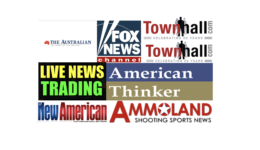