This episode of Chicago PD tries to show the risks of a woman having a gun at home for her protection. In this case, the woman’s son takes the gun to school. As the pictures from the boy’s notebook indicate, he had planned to engage in a mass public shooting. But there is no balance, as the show never seems to show anyone successfully using a gun for self-defense. 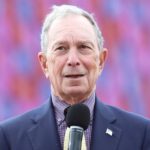 On the Michigan Talk Network: Biden Is Trying To Bribe Voters With Student Loan Forgiveness