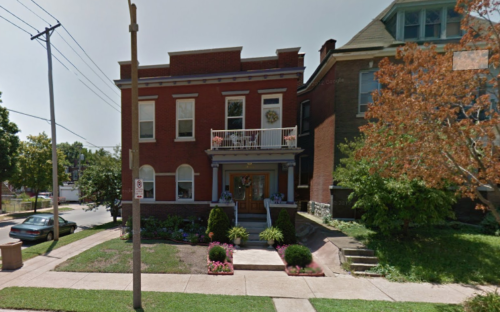 Thank goodness this law-abiding citizen was conceal carrying his gun at the time.

A man turned the tables on an alleged robber Tuesday night, shooting the man three times after being confronted on a St. Louis street.

The shooting was at about 9:45 p.m. Tuesday in the 3500 block of Humphrey Street, in the Tower Grove East neighborhood. 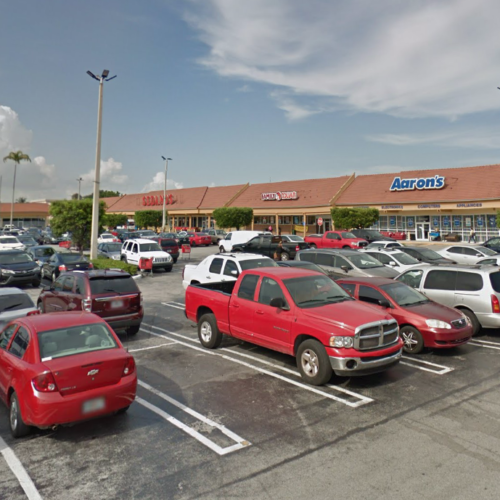 An 80-year-old man was defending himself when he shot a robber Friday in Hialeah, police said.

Ernesto Del Monte was leaving the Royal Arcade in the 5400 block of West 16th Avenue . . . 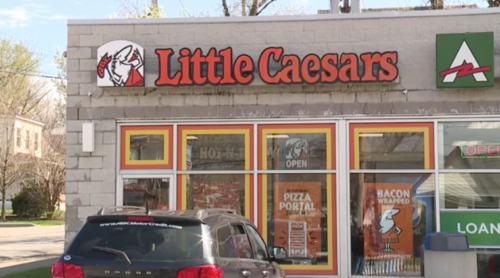 Cleveland police are investigating an aggravated robbery that led to an exchange of gunfire at a pizza shop early Saturday morning.

Police said the incident occurred around 12 a.m. at the Little Caesars in the 7300 block of Harvard Avenue.

An employee was reportedly robbed at gunpoint and shot in the arm and leg.

Police said it appears that the suspect shot the victim and the victim returned fire. 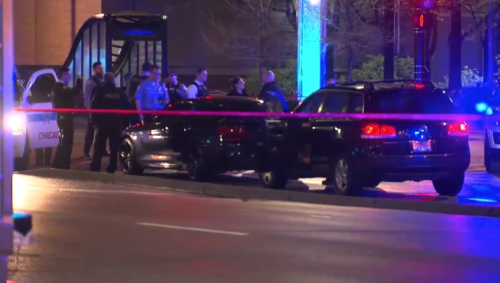 A concealed carry permit holder fought back, killing a would-be carjacker after a crash in the South Loop.

“It is scary but I mean unfortunately we need to do something to protect ourselves,” said Emily Kunzendorf.

The shooting happened at around 3:15 a.m. Friday on Ida B. Wells and Clark Street after a man in a Volkswagen rear-ended a BMW.

According to police, the driver of the BMW got out to inspect the damage and when he went back to get his cell phone, the Volkswagen driver approached with a handgun, demanded his keys and pushed him into the vehicle. 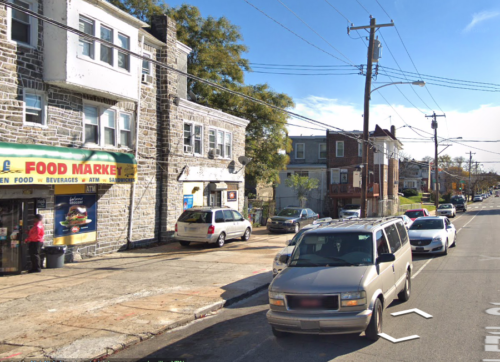 A 25-year-old man with a permit to carry a concealed firearm shot a 43-year-old man who allegedly was terrorizing a West Philadelphia neighborhood Monday evening, police said.

The man was shot in the right knee and was transported by police to Penn Presbyterian Medical Center, where he was listed in stable condition, said Chief Inspector Scott Small.

Portland, Oregon, May 24, 2019 (KTB Channel 7)
A former Plaid Pantry clerk was fired for pulling a gun on a hatchet-wielding robber last month, the company confirmed to KGW.

Kristofer Follis was working the graveyard shift at the Oak Grove Plaid Pantry on April 28 when a masked man walked in and pulled a hatchet out his pants.

“I was scared for my life, like, what could be happening?” Follis said. “As he approached the counter, within a second I drew my gun.” 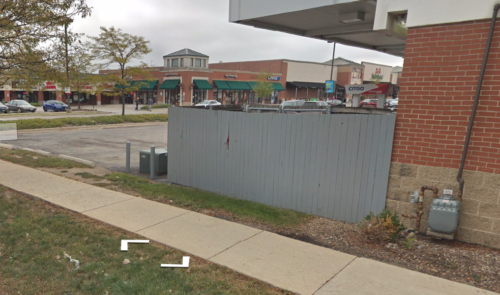 A man was shot while trying to rob a 67-year-old man in Avondale Tuesday.

About 3:30 p.m., the 67-year-old man was unloading a vehicle in the back of a business in the 2800 block of West Belmont Avenue when an unknown man between the ages of 20 and 30 years old approached him, police said. The younger man began hitting the man in the head and face before taking his property.

The 67-year-old took out a handgun and fired shots at him, striking him in the lower back, police said. 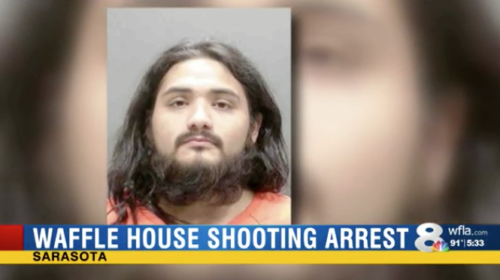 The Sarasota County Sheriff’s Office has arrested a man they said instigated a fight that broke out at a Waffle House that led to three people being shot.

The Sheriff’s Office says Alan Castillo, 22, started a confrontation on May 22 with one of the men, ultimately provoking a fight by punching one of the victims, even after the victim attempted to walk away.

Deputies say the victims were acting in self-defense when one of the men shot Castillo because he was outnumbered. 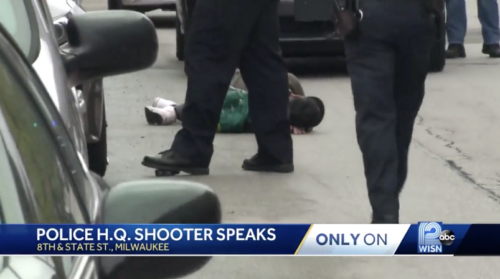 Police have charged a man who was shot Wednesday outside Milwaukee Police Headquarters.

Investigators determined the woman who shot the man was acting in self-defense.

She was only in police custody for several minutes after the shooting.

Police said Joseph Drier, 59, attacked the woman after arguing that she should not have a handicapped parking placard in her car. 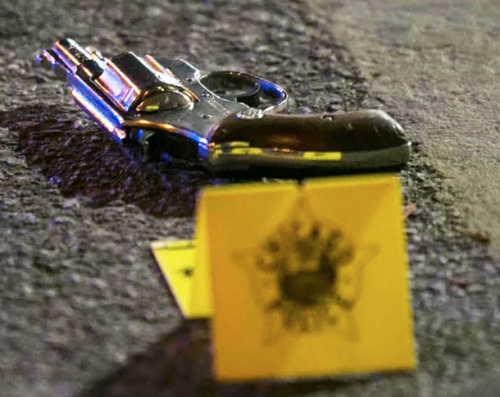 A concealed-carry holder shot and killed someone who approached him with a gun May 27 in Little Village on the Southwest Side.

He was walking into an apartment alley about 4:15 p.m. when a man approached him in the 2500 block of South California Avenue and took out a handgun, Chicago police said.

The man, 25, pulled out his own gun and shot Rafael Silva, also 25, in the head, police and the Cook County medical examiner’s office said. Silva was taken to Mount Sinai Hospital in critical condition and pronounced dead three days later on May 30. 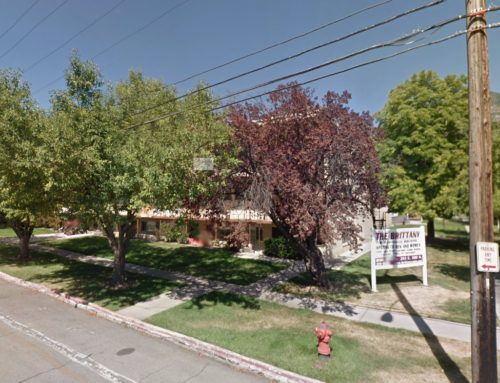 A 26-year-old man who was fatally shot by a civilian after allegedly attacking a woman on the street in Provo reportedly stomped the victim’s head and bit and punched her before he was killed.

The man who shot Sorensen and the 18-year-old woman who was allegedly attacked by Sorensen have not been identified. 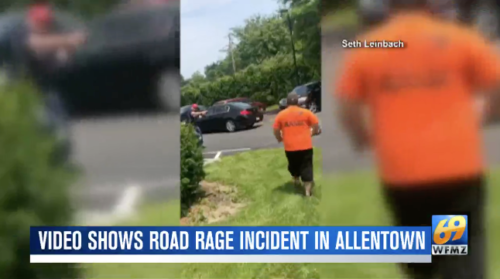 When South Whitehall Township police responded to a reported road rage incident Wednesday, officers arrived to find the suspect being held at gunpoint by a witness.

Township police were dispatched to the scene about 1 p.m. for a report of a fight involving a knife. Officers arrived to find Gavilanes on the ground being held at gunpoint by a witness, according to court records. 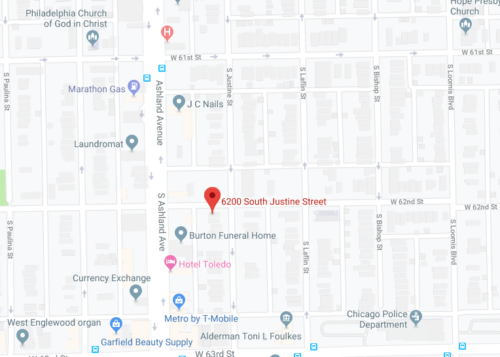 A concealed carry holder shot back at two gunman Friday, hitting them both in a South Side Englewood shooting that hurt three people.

The license holder was seated in a vehicle about 2:15 p.m. when at least two men came up and started shooting, Chicago police said.

The gunfire hit a 22-year-old man standing outside the man’s car in the 6200 block of South Justine, police said. The concealed carry holder stepped out of the vehicle, took out his own weapon and shot two men. 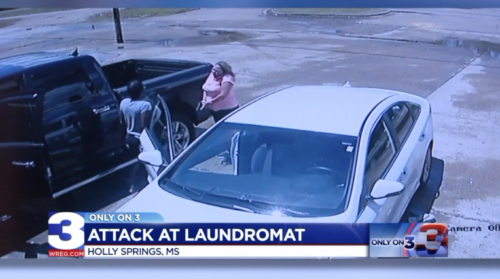 People come to The Clothes Basket on Highway 7 in Holly Springs to clean their clothes, but Sheri McClatchy’s job is to keep the laundromat itself clean.

“Never had any trouble at all. Never a cross word with anybody for two years,” McClatchy said.

But what happened Friday just after noon went beyond cross words. Surveillance cameras captured a female customer attacking McClatchy following a conversation McClatchy had with two other customers.

McClatchy said she was reminding two women not to overload the washing machines.

“That we can’t refund if you’re overloading the washers,” McClatchy said.

That’s when she said another customer butted in with a lecture about how the laundromat was responsible if the machines broke.

“Just started telling me how she was a law student,” McClatchy said.

“It had nothing to do with her. She was just another customer in here using the dryer.”

It wasn’t long before the verbal assault soon turned into a physical one. Just out of the range of a surveillance camera, McClatchy said she was slammed against some dryers.

As McClatchy fights back, the customer who lost her cool loses her hair. The customer’s wig comes flying off and the two fall to the ground.

“When you can’t grab the shirt because the wig is hanging so long, you grab for what you can. You gotta get your hands on them,” McClatchy said.

An adult and a juvenile are in custody and charged in what police described as an attempted robbery that turned into a shootout Sunday night outside a convenience store/restaurant in Martinsville.

Marquis Antonio Waller, 23, of Booker Road in Martinsville, who was wounded in the incident, and a juvenile male attempted to commit an armed robbery of an individual, who was in a vehicle at the gas pumps located at 937 E. Church Street, a Martinsville Police Department release said Saturday.

The intended victim of the robbery also was armed, and when that person drew a weapon, shots were fired by both people. The victim was not struck, but Waller was shot once.  His injuries were non-life-threatening. 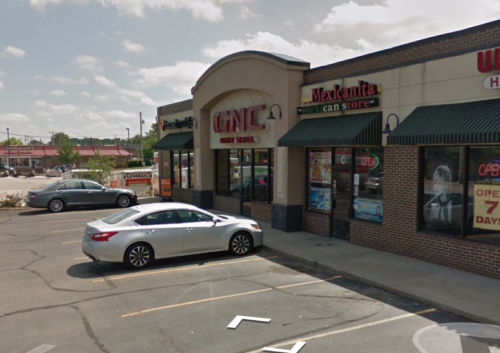 Around 7:45 p.m., an armed man attempted to rob a Boost Mobile store near 76th Street and Metcalf Avenue. Officer John Lacy, a police spokesman, said the robbery suspect demanded cellphones and jumped over the counter.