Dr. John Lott talked to Lars Larson on both his national and Northwest radio shows about what have we learned about stopping mass public shootings in 20 years after Columbine.

Appears on 21 radio stations, including KVI in Seattle, KXL in Portland, and KXLY in Spokane, with about 350,000 listeners.

Lars Larson’s National show is listened to by over 1.25 million people. 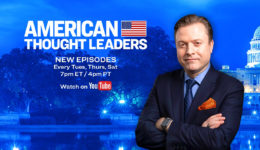