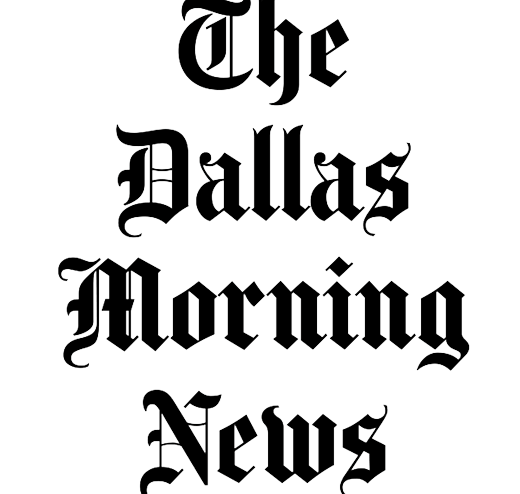 Dr. John Lott has a new op-ed piece in the Dallas Morning News on the proposal to have a police review board. The chairman of the Dallas Citizens Police Review Board has a piece that is paired with Lott’s and is available here. Lott’s piece starts this way:

Community trust is crucial to effective policing, so it’s imperative that officers not think that they can get away with misconduct. Without trust, crime victims might not report crimes to police or help solve them. And if crime becomes less risky for criminals, it will increase.

But we also don’t want police to come to believe that a review board is out to get them. If police worry that politicians will be more interested in making a name for themselves than looking at the facts, they may simply try to avoid confronting criminals. That is surely a recipe for increased crime.

So will a new, more powerful police review board approved by the City Council really make the city of Dallas safer?

Those who want stronger oversight can point to Chicago officer Jason Van Dyke’s 2014 shooting of Laquan McDonald, a black man. McDonald was carrying a knife but he was walking away when Van Dyke shot him 16 times. Van Dyke was sentenced to less than seven years in prison.

The Michael Brown shooting in Ferguson, Mo., comes to mind as a case in which police were treated unfairly by politicians and the media alike. The “hands up, don’t shoot” chants were based on fiction.

Or take the case of Freddie Gray, who died while in Baltimore police custody. Officer Caesar Goodson was accused of failing to secure Gray’s seat belt and failing to call for a medic.

Both of the officers were innocent, but many politicians tried to make names for themselves by accusing the police of racism.

Dallas Police Chief U. Renee Hall plans to implement a stronger civilian review board for the Dallas police. She hopes to model it after Detroit’s review board, which dates back to 1974. But there aren’t readily available data to help us determine whether the board has been successful.

Houston tried the same experiment in September 2011, similar to Detroit. Houston’s review board didn’t appear to reduce the number of suspects who were killed or wounded by police officers. During the five years preceding the board’s creation, the police killed an average of 9.8 suspects annually, and wounded 13.2. The number of killed and wounded rose to 10 and 16, respectively, in the five years after the board was established. The number of near misses or cases where the injury status of the suspect was unknown increased more substantially, from an average of 13 to 23 cases a year.

Before the board was established, Houston’s murder rate was falling relative to the rest of Texas. Those percentages represent real lives. The number of murders in Houston fell from 351 in 2007 to 198 in 2011, and then rose to 301 in 2016. Something clearly changed in 2011, and it is hard to think of any other likely explanation. Perhaps the city suffered because the police department proceeded too cautiously with the new review board looking over its shoulder. 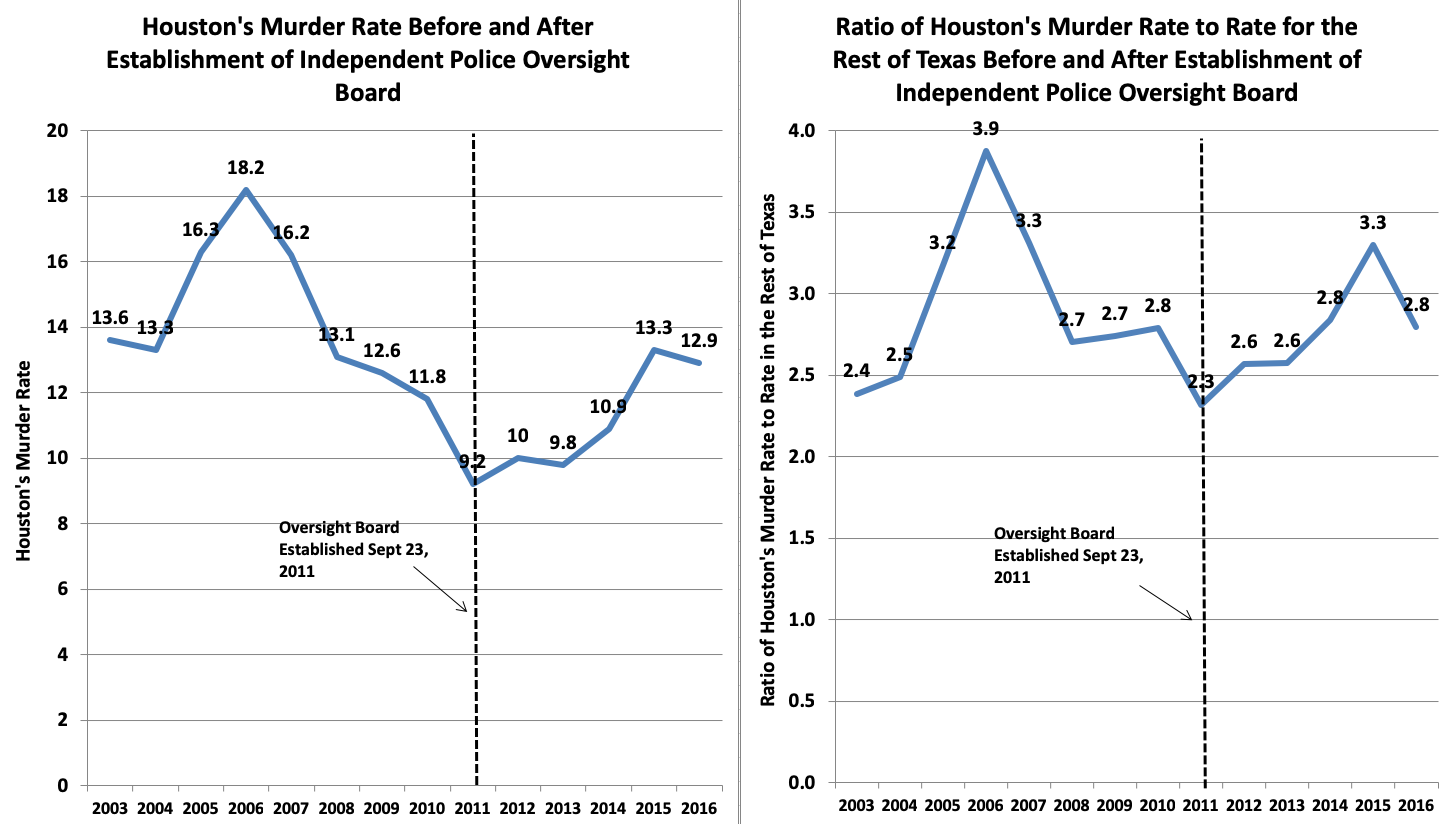 Review boards may increase crime not only because they discourage the police from doing their job, but if they are used to exaggerate racial discrimination by police, they risk doing what they were designed to prevent. They may alienate citizens from the police and discourage minorities from helping police solve crimes.

Increased oversight sure sounds like a good thing, but a review board risks politicizing the process. Boards may create the very problems in the minority communities that they were designed to solve.

Houston Crime data before and after review board established.xlsx