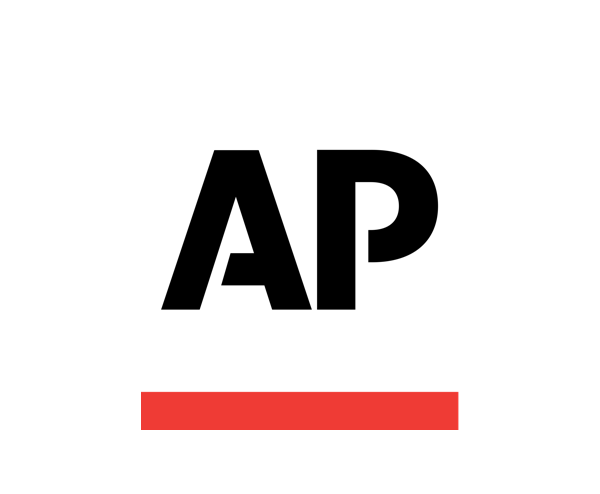 Florida had a total of 1,971,997 currently valid concealed weapon permits as of March 31, according to the latest figures from the Department of Agriculture and Consumer Services. The number grows about 17,500 each month. Additionally 12,745 judges, correctional officers, military or law enforcement officials hold permits in Florida.

At the current rate, Florida – with its population of 21.3 million people – was expected to surpass the 2-million mark for civilians before summer, said Stephen Hurm, director of licensing at the state agency that issues permits.

Florida already leads the United States in total number of currently valid permits, according to data from the Crime Prevention Research Center, a Virginia-based nonprofit that is pro-gun rights and studies gun ownership, crime and public safety. Texas has the second-highest number, at 1.36 million as of December, according to figures from that state’s Department of Public Safety. . . .

By using only 3 levels of concealed handgun permits, the Associated Press diagram using our data and misses a lot of the variation across states. They used are study available here. It is a little misleading as the three states that they list as having between 14 and 23 percent of the adult population with permits are all actually above 20 percent. 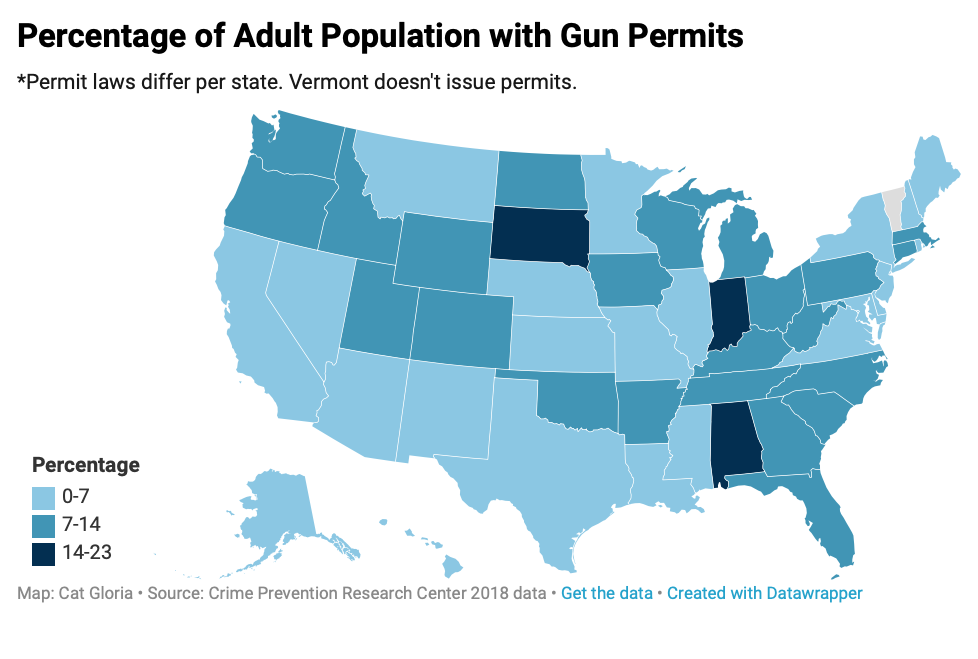 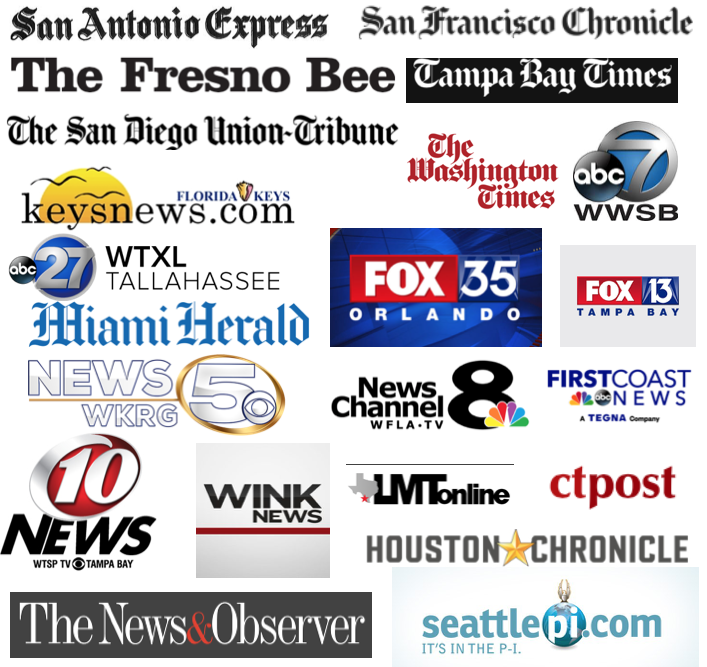